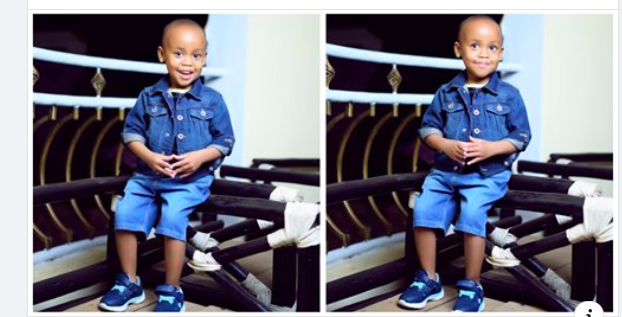 Isaac Mwaura’s wife Mukami celebrates son Njiru’s 4th birthday with emotional post: ‘God Made it Beautiful’
Politician Isaac Mwaura and his wife Mukami were blessed with triplets but lost two children. Photo credit: Isaac Mwaura/Facebook.
Source: Facebook
Mukami, who was blessed with triplets but lost two of the children, posted an emotional tribute to her children while celebrating the birthday of her son. She said:

”Four (4) years ago a beautiful miracle came into our lives. Though it was a painful process God made it Beautiful. Happy Birthday My Dear Son Njiru , may you grow up to be a man who loves the Lord and as he continuously showers His favor on you. May we never forget His work in you. We also remember your dear brother Mwaura and dear sister Njeri. They will always be a part of us. Never to be forgotten. May they continue resting in eternal peace. Happy Birthday My Children .”
PAY ATTENTION: Help us change more lives, join TUKO.co.ke’s Patreon programme

Mwaura and his wife welcomed triplets in 2017. However, one son and daughter later died, leaving the couple with only one child.

The two kept the news of their loss very private as the politician was also in the midst of party nominations, trying to get his political career on track.

Her celebratory post received a lot of reactions with people showing love and admiration for Mukami’s zeal to soldier on despite losing two children. Here are some remarks from the post:

READ ALSO  Why Kalonzo may be locked out of presidential race

”Happy birthdays to you Njiru, Mwaura and my namesake Njeri. Sending you all love and light.”
@Adhiambo Ooko said:

”Oh happy birthday to the handsome you man. Blessings mama.”
As previously reported by TUKO.co.ke, Mukami was among the celebrities who comforted Willis Raburu’s ex-wife when she lost her daughter.

She expressed how much she understood Prudence and what she was going through, and further shared with her one of the best ways to cope as she mourned her daughter, which involved crying and even questioning God as part of grieving.
By Tuko.co.ke

Is Willis Raburu’s Ex Wife Blaming Him For Their Woes? Check Out Her Cryptic Message