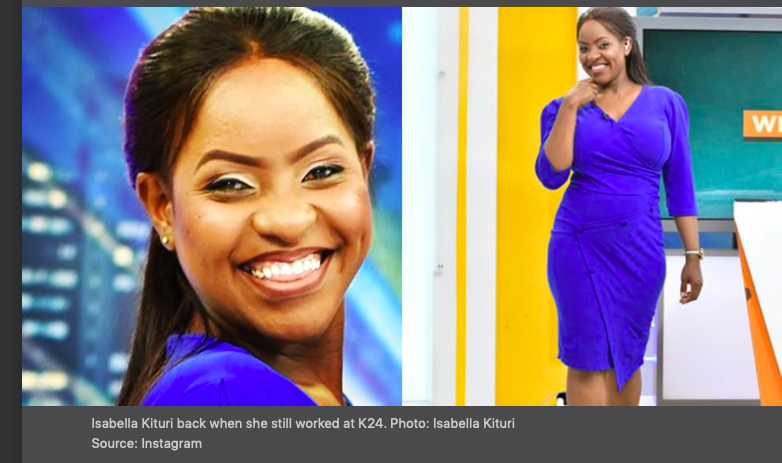 Months back, when COVID-19 had hit the nation hard, Swahili presenter Isabella Kituri admitted to Massawe Japanni that she was out of a job.

She was not ashamed, broken or scared and had faith that one day, something new would pop up.

Her day to shine is finally here and the woman whose faith is strong and unwavering is officially an employee of media giant BBC.

The mother of two who had gone out for lunch on Monday, January 1, spoke of how the new month brought in blessings.

Some were loud while others were received in silence.

She sat still and had her burger in peace as her photographer clicked away.

Isabella, who had a huge smile on her face, announced her transition to the new corporation in a very smart way.

Around her neck was a tag with the word BBC broadly written on it.

A few pals who were in on the news subtly congratulated the Swahili journalist on her big move.

Still on Isabella, the scribe lost her first husband to cancer 16 years ago when she was just 25 years old.

She mourned for eight years and was plunged into depression that never seemed to come to an end.

For years, the mum of two did not believe that she deserved love and always remained in a foggy state of mind.

Isabella decided to get married 14 years after the death of her first spouse.

During an interview, she described her partner as a kind man who fell in love with her true self and not an image from TV.

Life with a curved spine