It glittered, but it wasn’t the gold: Tana teen wives stuck in poverty 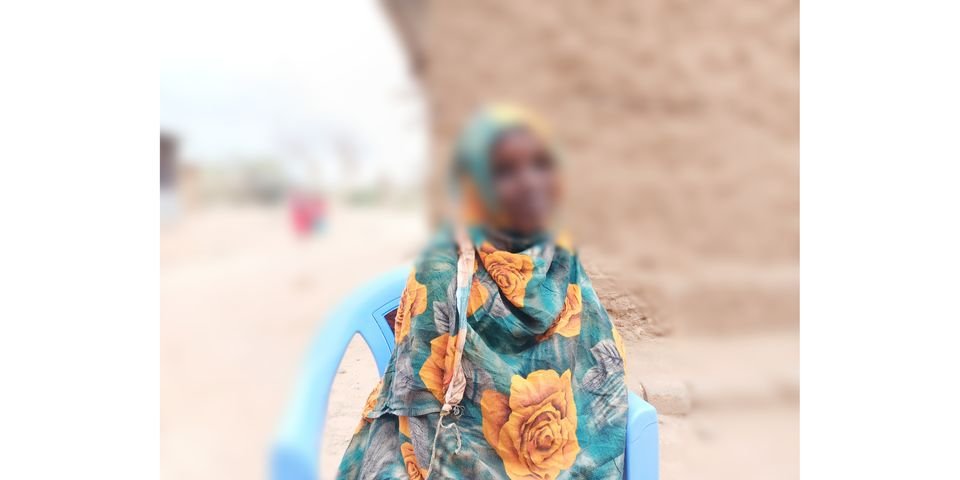 The weddings were not that glamorous, but when dozens of women don the common “dera”, painting the village with rainbow colours, and dance “kitoko” and “kingika” (Pokomo traditional dances) from evening to dawn after a heavy meal of well-beefed pilau, then they pass for elegant weddings.

Tales about nights in village hideouts on wedding days can only be shared in exclusive joints in low tones.

Stylish boys in college, school dropouts in the transport industry (boda boda) and those in the business of harvesting and transporting mangoes ruled the night and swept the most beautiful girls off their feet.

These are the kind of moments that provoked the curiosity of young girls, primary school and high school teens, to early marriages in disregard of the saying that all that glitters is not gold.

The choices they made reduced their big dreams of becoming nurses and teachers to being teen housewives in environments coupled with extreme poverty and the hardest punches of life.

What they imagined would be a life full of bliss turned out to be one of absolute misery and regrets. (The names of the sources have been changed.)

“I was just 15 years old and in Standard Seven. My elder sister had become pregnant for her college boyfriend and my parents insisted that a traditional engagement and marriage ceremony be conducted so that her child could be born in wedlock,” narrates Mwanatumu Hassan.

In two weeks, everything was set for the day and both parents prepared their children for the moment.

The two-month pregnancy was made secret to non-family members as they came to celebrate the big day.

The ceremony was well attended by relatives and friends of the couple.

Mrs Hassan adored her sister, who was dressed in a beautiful orange dress, had “inna” tattoos on her body, and the makeup on her face made her look like a goddess.

“She drew so much attention from everyone that our parents forgot they had other children. I felt jealous but at the same time envied her.”

It was during this night that Mrs Hassan decided that she deserved the same treatment, and fell into the arms of her lover, then working as a boda boda.

The young man, a Form Two dropout, used to drop her off at school every morning as he seduced her.

A year and a half later, the teenager resolved to materialise their relationship but she had to get pregnant to arm-twist her parents into arranging a wedding for her.

“We discussed it and together we agreed to get pregnant so that our parents would agree and facilitate our union, just like my sisters.”

Their parents were disappointed when they learned about her pregnancy but still had to arrange to marry her off to save the family the shame that comes with having children out of wedlock.

Her ceremony was organised, she was dressed in a luminous blue dress, tattooed to her toes, and her face filled with makeup, she looked adorable.

The night came, it passed, and then the reality of life kicked in.

The young man had no clue about marriage but in the streets, all married boys were considered big men, and in the village, all ladies with children or who were expectant were considered grown-up women.

The hustle in the streets became hard and with the baby on her way, the young man had to double his hustle to manage his house rent and an extra mouth to feed.

“We lived in a house where we paid Sh800 in rent, but that came with a lot of sacrifices from both of us. I had to sacrifice a meal and he had to reduce consumption of khat with the boys.”

Life has not been easy since she left her maternal home after the wedding.

A 24-hour moment has turned out to be four years of harvesting the sorrows of a decision made in childhood.

The 19-year-old mother of two says the marriage she is in now is not the picture she perceived when she made the unfortunate decisions and steps.

Poverty has dealt her gold blows as she has to knock on doors for laundry jobs to raise Sh300 for food for her children and pay rent.

“I rarely see my husband. I’m tired of fighting over infidelity issues. I spend my energy on taking care of my children.”

Mrs Hassan now lives in a mud-walled house where she pays Sh1,000 a month, money she has to work very hard for.

Every day she sees her friends, former classmates, striving to achieve their dreams and she is hit with self-pity.

“I wish someone had told me earlier this is what it’s like in an early marriage, but I’m hopeful I will overcome these tides someday.”

Hawaa Salim,19, from Hamesa village, has endured her share in marriage for the last five years.

Poverty defines and complements her life in equal measure.

Married to a livestock broker at 14, she hoped for beautiful days in life coupled with romance and day-to-day smiles.

She was in Standard Six when she fell for the man, against her parents’ wishes.

Relocating her to her aunt’s place did not help, as that exposed her even more as the boyfriend, 21, pursued her.

The love was so strong that they secretly got engaged in a bush in the Tana Delta, and got intimate.

“It was a time when there were a lot of weddings, and some of my friends were getting married as well. I wanted to have an experience of the moment,” she says.

In the Orma community, such an abomination cannot leak to the public.

She had to drop out of school, and the wedding was planned immediately.

Her friends, relatives and neighbours came to mark the event that lasted 48 hours.

The 48 hours make her cry when she reminisces and compares them with her present life.

“This is not what I signed up for, but I’m already here. What else can I do?”

She lives with her co-wife, older than her, under the same roof.

Together, they walk to Garsen to sell milk to earn a living.

Her husband has been abusive and does not care how they feed the children or pay for their education.

Apart from the daily hustle, they rely on relief food from donors and humanitarian organisations.

“Sometimes when I get money, I can’t even get myself a dress. I have to choose between getting myself clothes and getting my children food and clothes.”

The desire for an imagined life has turned her into a bitter and hopeless person.

Her husband does not find her attractive anymore and has no time for them.

Whenever she sees teenage girls pregnant out of wedlock, she urges them to walk with their pregnancies to school until they finish their studies.

“Marriage requires a deeper understanding. It is more than glamorous weddings and a handsome man.”

Some 23 percent of Kenyan girls are married before they turn 18 years old, a Unicef report said.

In Tana River County, the Orma, Wardei, Watta, Ilwana, Wardei, and Pokomo communities lead in the number of early marriages.

According to Tana River County Commissioner Mbogai Rioba, most parents have neglected their responsibilities to their children, allowing girls to practise adult activities.

“A parent sees her daughter with a phone, flashy clothes. At times the girl even brings home shopping, but she does not follow up where all these things come from,” he says.

But he notes that cases of early marriages in the county had dropped drastically owing to vigilance by chiefs and village headmen.

“We have enhanced our intelligence on the ground and the chiefs know that every time they allow such marriages to thrive, they are held responsible.”