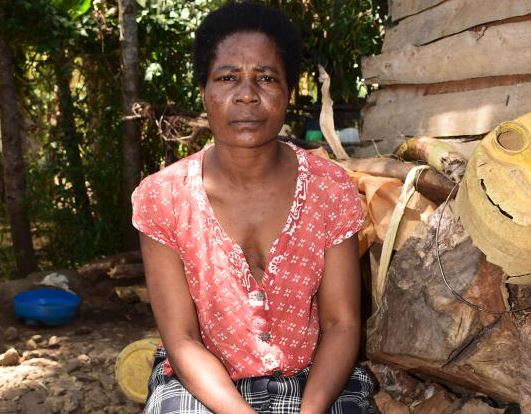 Miracles still exist. This is what the 49-year-old woman who confessed to killing her husband makes of her one-day jail sentence.

Truphena Ndonga Aswani pleaded guilty. And last Tuesday, the High Court sitting in Siaya put her behind bars. The following day, she was out. A free woman.

She is still puzzled and elated. Justice, she says, has been served.

“I don’t know what to say,” says Aswani, now at her step-brother’s home in Kakamega. “God has literally walked me out of a lion’s jaws.”

When she stepped in the dock for sentencing, Aswani expected the maximum penalty of life imprisonment for manslaughter.

She had felt it already when her close friends and family walked out on her in the wake of news that she killed her husband on December 14.

Even her pastor who had, for years, been teaching her about forgiveness was now not picking her calls.

“A handful of relatives picked my calls. One was categorical that I should never set foot in her home. Some called to find out why it was taking long for me to be imprisoned at Kodiaga while others used to fire threats.

“I interpreted it that I didn’t belong to this world. I would soon be meat for prison bedbugs. That the court would sentence me to life, until Justice (Roselyne) Aburili’s judgement happened,” she says.

Justice Aburili’s verdict breathed new life into her already battered soul, which has set her on a journey of reconciling with what happened and forging ahead.

READ ALSO  DRC is now a member of the EAC, four years after applying

“No doubt I loved my husband. I had been married elsewhere but the union collapsed because I could not bear a child. He made me pregnant in 2010 and for that I respected and persevered with his flaws,” Aswani says of the man whom she met in Ugenya, Siaya County, in 2008.

The family of James Oyengo Obochi, her late husband, loved Aswani. With death having broken the bond, her in-laws never visited her when she was in the cells waiting for her judgement.

“I know his death hurt them. I am in the process of finding a way of personally apologising to his kin and the community where I was an elder. It is hard but I hope to do it soon so that I bring closure to the matter,” says Aswani.

Grassroots administrators who were serving with Aswani in Ugenya community policing unit warned that “some tension” was within the Obochi family and that she should not return there immediately after her release.

She is also awake to this development just like her step-brother Samuel Amuko, 65, confirms. “Ugenya is obviously charged. I will not allow my sister to move there anytime soon. She can call and apologise to her in-laws on the phone but not walk there,” he says.

“My lawyer was an interesting man. He led me to Christ and even prompted me to confess all my sins. I think that had a great bearing towards my release. I feel like preaching the Good News of Christ going forward,” she says.

Aswani’s two children are with her sister in Siaya even as the Siaya probation office advised that she be accorded a chance to care for them. “I want to return to Siaya to be with the two but it looks like this will never be possible. All I need is land and a small business outside Siaya so that the new life the court has accorded me can be meaningful,” she says.

She appealed for help from women lobby groups that fight for the rights of women in abusive unions.

Related Topics:NewsTruphena Aswani
Up Next