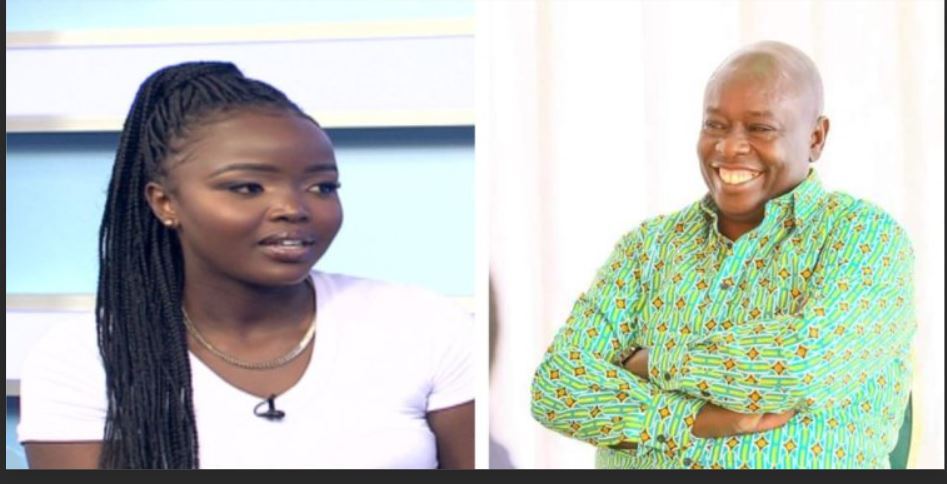 Gachagua stated during the live broadcast with Citizen TV that he had given his sons the assignment of locating the young woman and bringing her to supper.

“The young lady who decided that Rigathi Gachagua is a little bit difficult and not melodious, we need to give him Riggy G.

To encourage our young people, I took up the name. I have told my sons to look for that girl to come we have dinner,” said DP Gachagua.

Ivy Chelimo, the person who is credited with coming up with the name, expressed her excitement on Twitter and said that it was all God’s doing.

“Who is God? Ya’ll I’ve cried today,” she updated.

In other updates, she revealed that her best friend’s reactions to the mention and invite still had her crying.

“I have shed tears but never like tonight. Waaah, God really saw and heard me,” added Chelimo.

She works as a content creator and uses the Twitter handle Shawty. On July 19, 2022, at 9:11 PM, she was the first person to tweet the name Riggy G. Her receiving acknowledgment from the DP was well praised.

READ ALSO  “We slept together on our first date“ Risper Faith shares unknown details about relationship with hubby, Brian
Related Topics:Ivy ChelimoNewsRigathi Gachagua
Up Next

Burial of Hellen Wendy who died in Canada postponed

Not a drama queen, but a professional DCI is what we want – DP Gachagua