It will take long to overcome my miscarriage: Nasra 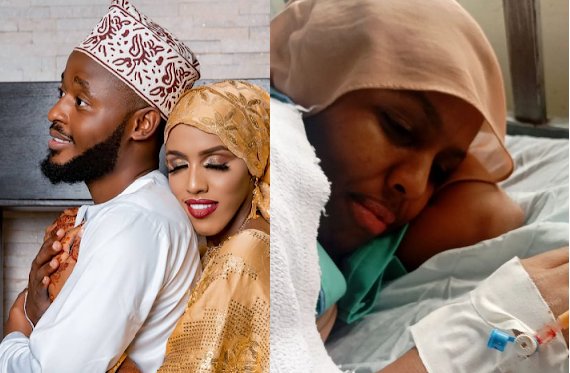 Nasra Yusuf called out a supporter who advised her to accept her fate because miscarriages are a normal occurrence.

Before having a rainbow baby, the fan allegedly experienced a miscarriage as well. “It’s very normal to miscarriage the first baby,’ the fan partly wrote.

An irritated Nasra reprimanded her stating that Miscarriages are not something to become accustomed to. 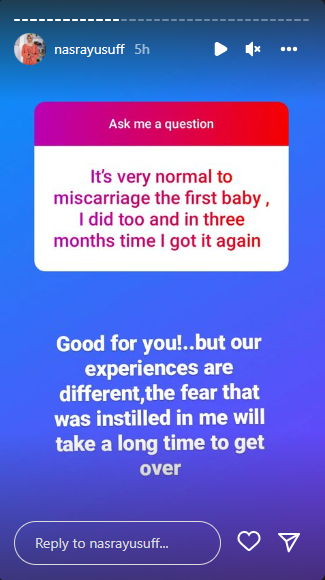 A few weeks prior to the miscarriage, the couple both announced their pregnancy on social media.

They posted a picture of themselves showing a pregnancy test’s results. Nasra Yusuf captioned the picture, expressing her delight at the information.

“This is the happiest I have been in a long time. I’m in love with a woman I haven’t met yet… can’t wait to meet you my baby…imagine having a child with the love of your life. I love you @director_rashid” she wrote.

Rashid Abdalla, her husband, was equally ecstatic as he talked about how God had granted their requests. Days later, Nasra announced the loss of the child in a photo of herself lying in a hospital bed.

Nasra is one of several celebrities who have lost pregnancies. Others include Willis Raburu’s ex-wife Mary Prude, Size 8, Grace Ekirapa, Akothee, and Mary. These celebrities experienced miscarriages in some cases and stillbirths in others.

How Tanzanian singer Nandy and Billnass made Ksh 8.4 million on wedding

Breaking News: End of road for Sonko as IEBC revokes his clearance certificate