I've been sick for 3 months, lost 33kgs but all tests are negative 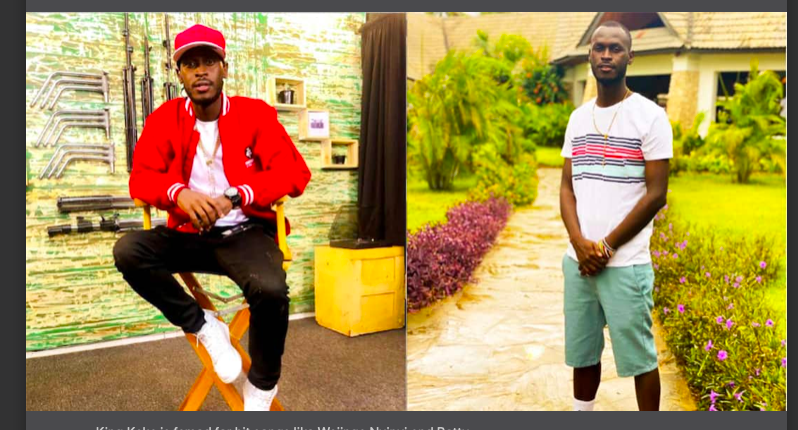 Kennedy Ombima aka King Kaka has revealed that the loud silence from him is a result of being sick for the past three months and eight days.

Making the announcement on social media, the Wajinga Nyinyi lyricist disclosed that he was misdiagnosed and ended up losing 33kgs.

According to him, he has no sense of taste yet hospital visits and tests have given negative results, which makes it weird because he feels no pain.

“We are still hopeful that we will get the solution soon. My waist was 36 now it’s 33, I don’t even wear clothes,” he wrote.

He added that for the better part of the period he’s been ailing, his diet was porridge and fruits and that he only started eating proper food three weeks ago.

According to the crooner, his condition has made him have a new respect for God and life, adding that the doctor told him to do what makes him happy instead of just sitting around.

Thankfully for him, he had recorded his EP and while he was struggling to find a name for it, the sickness came with a eureka moment.

“Now I have every reason to call it ‘Happy Hour’. While I am in my final recovery stages I will show you some of the stories and how I got,” the statement continues.

King Kaka admitted to missing his kids while thanking his wife Nana Owiti and mom for being great pillars through the three months.

“I was born a winner , I just hope that I am alive for it,” he concluded.

Calm before the storm

King Kaka was last heard from on the first week of June when he took his family on a vacation in Mombasa, which means he fell sick immediately after.

READ ALSO  We Fuel Cars Ourselves in USA

The couple went on the getaway to celebrate clocking a decade in marriage, a milestone many couples struggle to achieve.