VIDEO: "There is nothing between Senator Ole Kina and I," Miss Trudy opens up on why she spent time with him in US 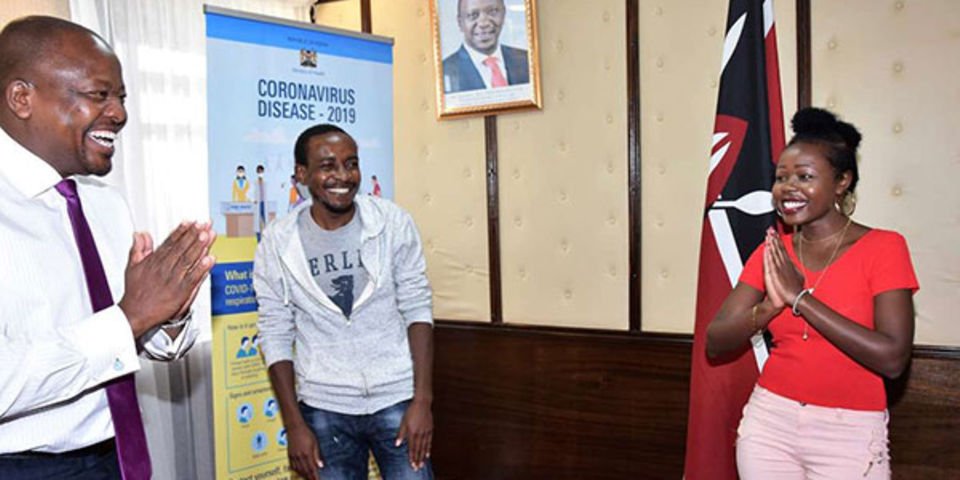 On January 17, Ms Brenda Ivy Cherotich strutted down the catwalk at the 23rd Miss Tourism International contest, where she represented Kenya.

The virtual event that was hosted by Malaysia saw 31 countries take part, with Kenya represented by the 27-year-old, who became a household name last year when Kenya reported its first Covid-19 case.

Ms Cherotich seems to have shed off the tag of ‘Patient Zero’ and proudly represented Kenya, although she did not make it to the top 10. The information and telecommunications engineer talked about her childhood experiences in Kericho, and also about culture during the pageant.

What stood out was her smile, which masked what she has been through in the past year.

“You can’t just sit, claim you are God-fearing, and then hope that the rest will follow. You have to wake up, align yourself with shrewd businessmen and take calculated risks that will get you to decision making tables. Socialise with important people, even if their virtues don’t necessarily reflect yours. God cannot bless you if you don’t use the brain he gave you,” she said.

Although she did not immediately communicate to the Nation about her journey with Covid-19 and her life back to pageantry, the Jomo Kenyatta University alumna, however, shared what it had been like on her Facebook page.

“I realised the rug can be pulled from under your feet when you least expect, so I just want to thank God for keeping me alive and healthy. The past year, I did it all, owned every second that this world gave me, I saw many places, did many things. I can say I lived with every broken bone. But the best part of it all was having the love of family,” she wrote in October.

It has also witnessed two peaks — the first in August and the second in November — with more than 1,000 infections reported a day.

And although the national tally has increased, testing has been on the decline.

Dr Ahmed Kalebi of Pathologists Lancet Kenya (PLK) said the positivity rate is very low, with rolling average under three for the first time since May, and few new deaths. The trend is persisting weeks after Christmas and schools reopening.

“Even from the latest runs last Sunday at PLK, we are seeing very low positivity rates, meaning the streak of good fortune will continue to month-end. I think the pandemic is burnt out due to the original virus. Hopefully, the new B117 variant won’t take root within our borders,” he said.

Kenya’s battle against the virus, however, is not just about its testing limitations. There is also the issue of Intensive Care Units (ICUs) — with limited beds in public and private hospitals.

According to the Health ministry, Kenya, based on its assessment, has a deficit of 190 beds to deal with Covid-19. A report presented to the Senate Ad-hoc Committee on Covid-19 revealed there are only 7,411 isolation beds and 312 ICU beds in the whole country.

The country is now staring at a different crisis — a new variant of the virus, with the ministry confirming two cases. The two are linked to travellers arriving in Kenya, rather than community transmission, the acting Health Director General Patrick Amoth confirmed.

Drama as Kimilili students go on rampage over ‘cruel’ prefects