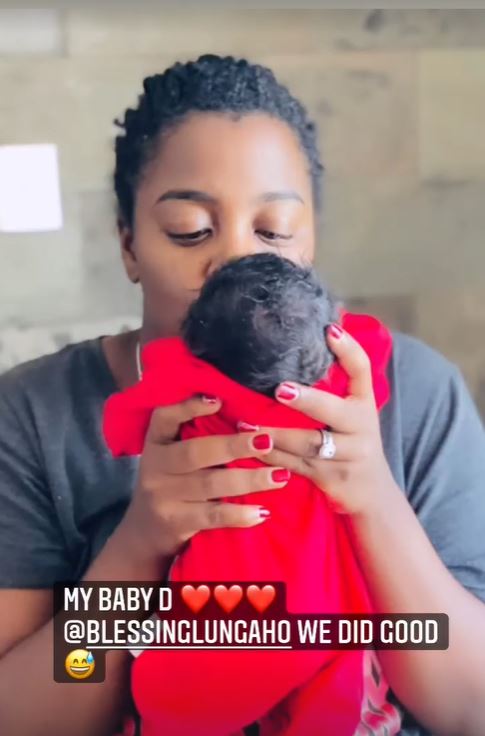 Actress Jackie Matubia and her fiancé Blessing Lung’aho are the proud parents after welcoming their first baby together.

On Monday morning, Jackie turned to Instagram to inform her fans of the good news, stating that the delivery went smoothly.

“Good Morning. Great news!!! Baby is finally here. We give thanks to God for a safe delivery,” said Jackie.

“My baby D, @Blessing we did good,” Jackie captioned a photo of herself holding her newborn on her Instagram stories.

“This was one interesting delivery.” the Zora actress informed her fans, adding that she will post the delivery experience on her YouTube channel. 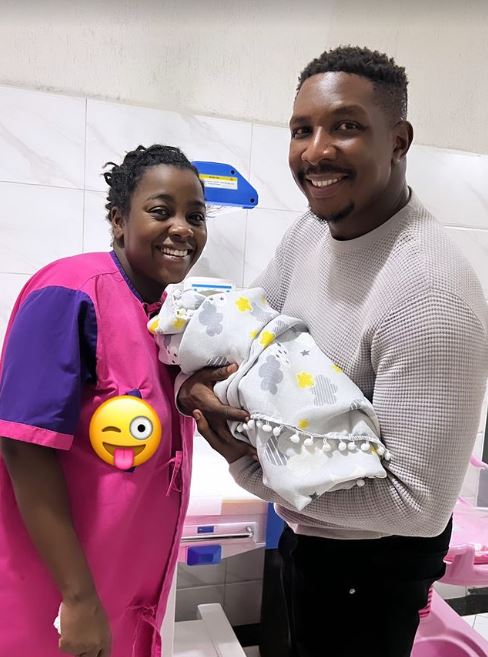 Following Blessing’s sentiments during a recent interview, however, the choice to videotape the delivery procedure comes as a surprise.

“I’m a pretty private person especially when I’m vulnerable and I wouldn’t want to document that. Maybe she might want to document something, I will support her in that but I’d do it differently,” said Blessing.

On February 14, the actress revealed Blessing as her boyfriend and the father of her unborn kid, as the couple went public with their relationship.

Jackie Matubia has an older daughter, who is around 7 years old, in addition to the newborn.

Blessing, on the other hand, has a daughter also from a previous relationship.

Blessing, when questioned about being a father for the second time, he remarked, “Children are a blessing in more ways than one, I also have a daughter. Fatherhood is something I can’t explain. It’s an amazing feeling.”

M-Pesa to transact in 200 countries after Visa deal