In order to shed weight, actress Jackie Matubia underwent minimally invasive surgery in which an expandable silicone balloon was placed within her stomach.

In a series of posts on her Instagram page, Matubia revealed that she had the treatment.

She disclosed that from a starting weight of 105.5 kilograms to 99.3 kilograms, she had shed six kilograms in one week.

“Today want to give you a small story about my weight loss journey. It’s barely one week and I have lost almost 6kgs,” she wrote.

The actress disclosed that on Thursday of last week, she visited a Nairobi clinic to get a stomach balloon implanted.

Before being connected to fluids, Matubia was seen in the video eating what appeared to be a medication along with some water. 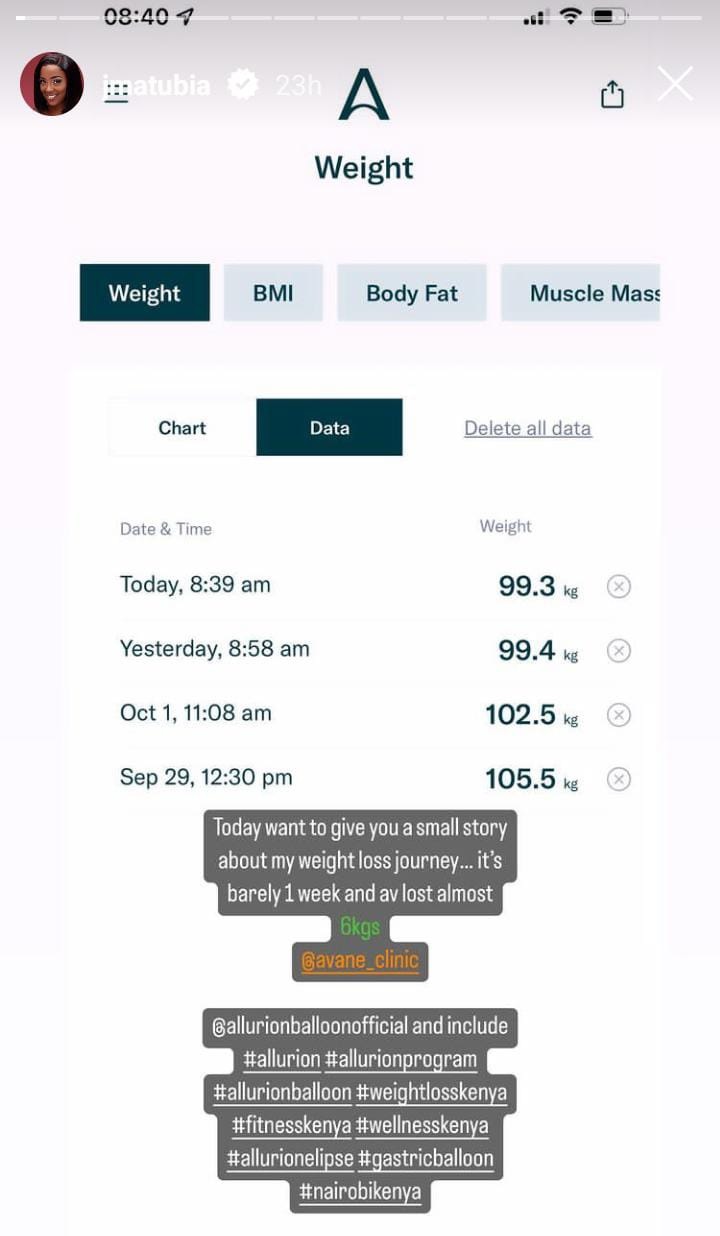 “And just like that, it was done. However, after this, you have three days of feeling nauseated and a little bit of vomiting but most importantly hydrate! Hydrate! Through IV,” she posted.

In June of this year, Catherine Kamau underwent the same treatment as Jackie Matubia to insert a stomach balloon.

After being classified as Class 1 obese bordering Class 2, she underwent the procedure.