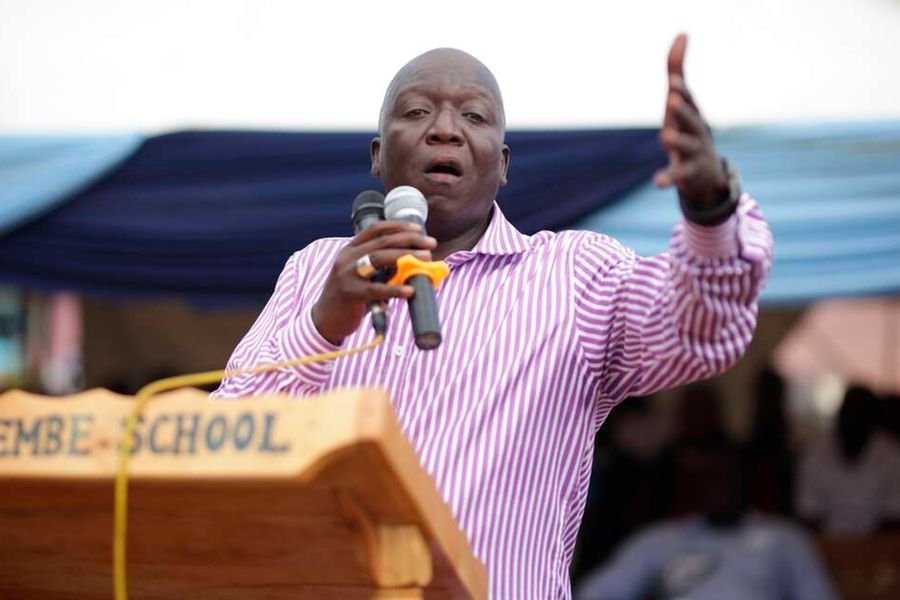 The death of former Gem MP Jakoyo Midiwo came as a shock to his family, relatives friends and Kenyans at large.

And as his burial is scheduled for Saturday 26, his close family; wives, ex-lover and children paid him glowing tributes.

His wife of 31 years, Betty, eulogized him as a caring father who won her admiration at first sight.

They first met in Washington DC, USA in 1990 where they were both students at the University of Colombia.

“Your joviality and good nature attracted people, including me, the moment you walked into a room. And no one could forget your smile. You were real charmer!” she said

Betty celebrates her hubby as a hardworking person who ensured the family never lacked. She also takes note of his passion for politics and reveals he was unable to balance the two.

“Your commitment to politics was 101% and this sometimes would drive me insane because you struggled to balance politics and your family. But politics was your life – you breathed politics and lived for it and I respected that and gave you the necessary space and support where possible,” the mother of two added.

She pledged to treasure the memories they created together and ensure their two children, Linda Waringa and Sam Midiwo, are well taken care of as he always wished.

His second wife Rose Alayo Jakoyo mourned him saying he will dearly miss his advice and close ties they enjoyed together.

They met in 2005 when they travelled together from Amsterdam. They were blessed with a son, Justo Odima, in 2012.

“It is only God that can help me through this difficult time. Our time together may have been cut short, but the happiness we shared together will last a lifetime. I will always deeply miss our moments of reflections when you would assure me and give me your positive advice,” the mother of one said.

She says his love for her remains her solace as she bids him farewell.

Prior to his two marriages, Jakoyo was involved in a love relationship with a woman identified as Jackie. They sired a son, Allan Henry.

Jackie remembers Midiwo as a strict father, a value that she will live to remember and appreciate.

“I recall when Allan was graduating with his Master Degree in 2017, you called him while we were shopping for his graduation suit. You asked to speak to me and your words to me were “you are a good woman”. I, in return, thanked you for having authoritatively ordered him to graduate in the year without fail,” she said.

“Allan is a special gift that you gave to me and little traits of you in him, I at times call him OJ (Otada Junior). I will always thank you and remember you through him,” she added.

His children equally had a moving tribute to their father.

His first son Allan eulogized him as a father who served as the compass of their lives. He thanked him for authoritatively guiding him and ensuring he becomes the man he is.

READ ALSO  Jalang’o: My mother has been bedridden for a while now

His daughter Linda mourned him as a caring father who gave her the best adding that she inherited his stubborn nature. She promised she will do her best to prove that she made the right choices even in her absence.

Jakoyo died on June 14 at the Nairobi Hospital.

The family said a preliminary report showed he succumbed to cardiac arrest.

He will be laid to rest on Saturday.