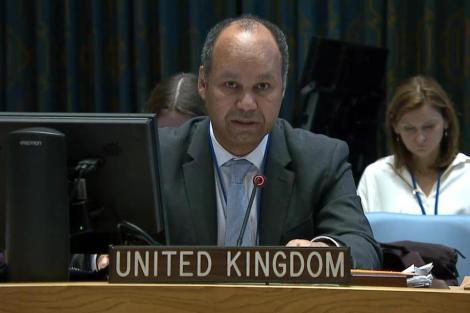 As of August 2021, Ambassador James Kariuki serves as the Deputy Permanent Representative to the UN.

Kariuki, whose father is a Kenyan, represents the UK’s interests at the influential international organization. His early experiences shaped the course of his career.

Kariuki was the Multilateral Policy Director in the Foreign, Commonwealth and Development Office before to obtaining that coveted position. He was charged with developing policies to harmonize the nation’s diplomatic affairs, human rights, and sanctions between 2018 and 2021.

From 2016 to 2018, he also served as the Director of Diplomacy, overseeing UK government efforts in the US in the areas of politics, communications, economics, and international issues.

Kariuki, who draws inspiration from former US President Barrack Obama, whose father was a Kenyan, has also held a number of senior civil service positions in Britain, including those of head of policy planning, deputy director of operations for Europe, and deputy director of the National Economic Council Secretariat.

The senior diplomat remembered how his Kenyan father left him in the UK, scarring him and his brother with childhood trauma.

Kariuki maneuvered his way to gain notoriety and launch his profession while also dealing with additional horrors associated with being a black child.

“Growing up in rural Surrey in the 70s and 80s, with an absent Kenyan father and a single white mother, the disadvantages were pretty evident,” he stated.

“My brother and I were the only black kids in a private school of a thousand students, and certainly two of the poorest. Suspicious eyes were everywhere – from shopkeepers to village policemen; from the parents of early girlfriends to the skinheads on Brighton’s football terraces,” he added.

Kariuki said that the process was difficult despite gaining the appointment from the departing UK Prime Minister.