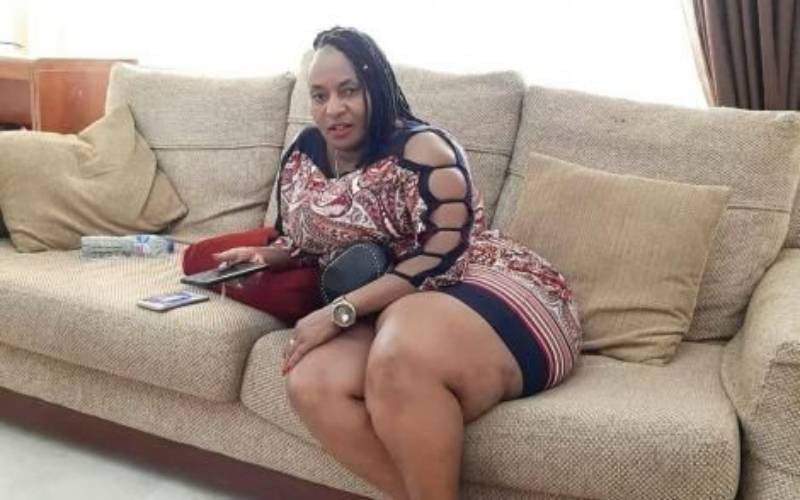 Private Investigator Jane Mugo has opened up about her personal life in a way she had never done before. After reading her story, you could be excused to wonder whether she is just unlucky when it comes to matters love or is there more than meets the eye?

The self proclaimed spy-queen revealed that she had ended a relationship with a man who was intending to marry her just four months after Jane flaunted her engagement ring and announced that she was officially taken.

Through social media, Jane has announced that her relationship with her man was over, but that is jut part of a bigger story.

“When I posted about my engagement in July, I received congratulatory messages from my followers, media streams, enemies, family and friends,” Jane shared on her Facebook account.

However, after finding her new love, four women crawled out of the woodwork and laid claim to her man. They even shared photos of their good times with her Romeo. One of the women claimed to be from America, another stayed in Kitale, the other hailed from Pokot while the last one was from Kisumu. The heartbreaking revelations marked the beginning of Jane’s troubled union with her man.

“They were all bitter but honest to me because this guy had played them online and promised marriages because he was out of  Kenya and had not met them,” Jane stated in a lengthy Facebook confession.

She went on: “All this happened when I was bed ridden in hospital after the kidnap and I later joined campaigns so I was busy but we spoke daily. He did it online. I chose to ignore them because I was determined to make my marriage stand

She accused her former lover of being unfaithful after digging his dark side from former school mates, neighbours and even mother.“To me it’s not about my happiness. I respect hearts. I have dignity,” posted Jane.

Jane then went ahead and declared herself single, signaling the end of the shortlived love affair.“Am confirming I am#SINGLE, busy, happy, not searching, and am returning the ring and all gifts to the sender. It’s not worth fighting for. You still claim to love and respect me,” she declared.

This is not the first time Jane has found herself at a crossroads over matters to do with the heart. In 2019, she briefly dated Molo businessman Flash Mwatha. At some point, the flamboyant man proposed during a boat ride to Jane while they had gone for a holiday in Malindi. However, the two parted ways after Flash accused Jane of disrespecting him. Jane denied the claims.

“It is so disgusting because I told him about my fears of being cheated on. He swore that he would never do that to me,” said Jane after the bitter breakup. Sometimes back Jane narrated how she got pregnant when she was still training to be a nun in a Convent. At the time she said that she was a church girl and that is why she decided to become a nun.

Jane however met a young man while she was on holiday and they had a relationship, breaking one of the commandments. Before she knew it, she had given birth to a boy.

Born and raised in Gichugu, Kirinyaga County, she schooled at Kiaumbui Primary School then joined Karoti Girls’ High School.‘’I then came to Nairobi in early 2002 where I started working as an undercover agent. I pursued a diploma in Criminology at a local University while still working part time.” Jane told the press in a past interview.

Not so long  ago, she was featured on the BBC investigative segment Africa Eye where she was hailed for solving hundreds of crimes including murders and kidnappings.“I am the best in the world. In Africa and Kenya, nobody can beat me up.” Jane said.

How Ruto is disseminating news with website under construction