Janet Mbugua goes on vacation with sister-in-law and kids 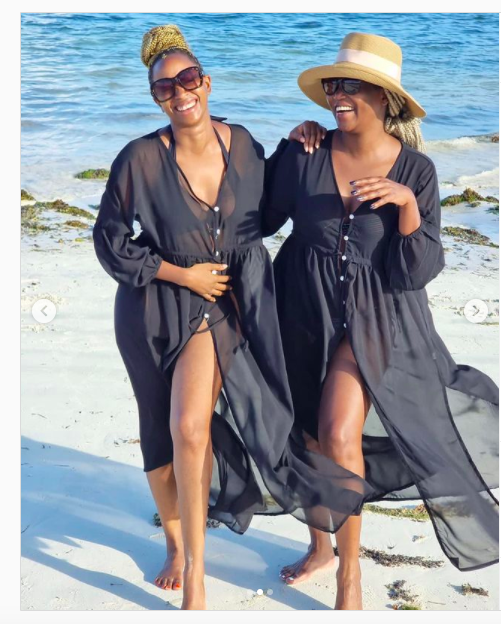 Former Citizen TV news anchor Janet Mbugua has posted photos of her is enjoying her Christmas vacation at the coast with her sister-in-law Mo Momanyi.

The two mums tagged along with their children; Janet’s two sons and Mo’s daughter without their husbands.

This fuels the rumours that the two married to the Ndichu’s are estranged.

About a month ago, two women who accused techies Eddie and his twin brother Paul Ndichu of assault.

Janet praised her sister-in-law for being her cheerleader and for standing out as an influential career woman in Kenya.

“I’ll continue manifesting Rich Aunty Vibes (pic 1), made even more fun when we’re with @mo.momanyi (pic 2) and celebrating life with our little ones (pic 3).

Mini shout-out to Mo who’s not only among the Top 25 Influential Women in Digital in Kenya this year (whoop!) but she’s also the kind of person you want to holiday with in terms of keeping the energy levels up and engaging the kids full on!” Janet wrote.

She went on: “Whoever family is to you, complex as relationships can often be, surround each other. Given everything life can throw at you, from left field, no less, while isolation can have its own healing, ultimately, fellowship, whether in silence or surrounded by little squeals of joy, can really comfort the soul. Whatever we have felt over the last few years, is valid.”

The Historic Signing Of Partnership With The University Of Alabama In Huntsville.