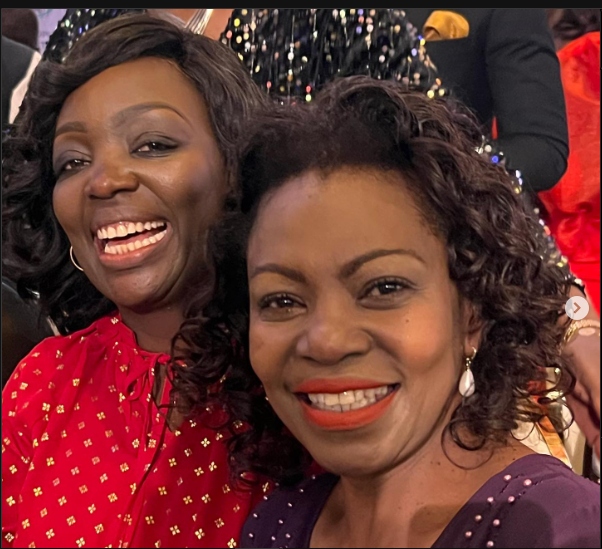 “Go well, Catherine. Glad I had one more time to have another moment with you.”

Jeridah penned an emotional message about the last conversation they two shared before her death.

“So… the last time I went to see Kasavs… I get into her room at KNH and she looks at me and goes like, “Mukana…. Ukora ki yaha? Hamba, hamba kusandize Mwami! “ She always spoke to me in Maragoli (Girl what are you doing here ? Come let’s thank God ) We held hands. She prayed for me to have peace. To be in good health. For my dreams to come true. She said a passionate prayer for everyone taking care of her and thinking about her and all those who visited her. She prayed that those people may never lack. That God May remember them.”

She added Catherine was her mentor and her knowledge about the industry was highly sought after.

“I stayed with her for quite a long time. She told me stories and stories. Shared her experiences as a top news anchor ( She always has these new things she’s never told me ) Catherine is very hilarious by the way.”

According to Jeridah’s account, Kasavuli was at peace in her last days.

“Her bedside stand had lots of stuff. A glass of milk covered in cling film, a piece of watermelon on a small white plate… and other essentials. I asked if she’d take the milk. She said, later. Melon? “Not now. I just ate. They take very good care of me here. Don’t stress “There was a Bible on that stand. She told me that she reads the Bible now more than before. That she reads it over and over. That she’s at peace in knowing that she’s God’s own. I asked how the treatment was going. She said the team is doing so much and she prays for each of them. She said she knows that ultimately, God is in charge.”
Kasavuli was hopeful she would recover and go home to her bed.

” I asked what she was looking forward to when she leaves hospital. She said sleeping in her bed. With no medical staff around her. She told me she now realizes the beauty of the small things in life. A nurse came in. I stepped out so the nurse could ‘work ‘.“Don’t go . We’re not yet done “, She said in her eloquence. She kept saying how thankful she was for all the people who show up to see her and pray for her from wherever they are. She kept wondering how people could love her so much. I had to leave. We held hands again and she prayed. She prayed for me. Wow!Goodbye Catherine. Go well my friend.”