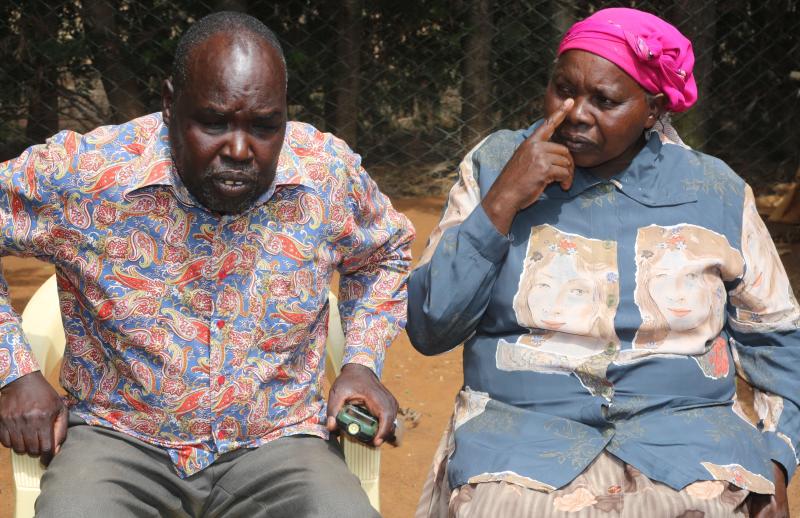 A man who was found dead alongside a woman and a child in Government Quarters on Jogoo Road, Nairobi on Tuesday was a seminarian due to graduate as a Catholic priest this year.

This came as detectives from the Directorate of Criminal Investigations Homicide Unit joined the probe into the mysterious killings of Charity Cherop Cheboi, 34, her son Allan Kipng’etich, eight, and boyfriend Kelvin Kipkoech, 30.

Neighbours said Cherop and her son were last seen on Sunday, and Kipkoech on Monday.

The man’s body was found with the hands and legs bound with a laptop cable. Two mobile phones have been forwarded to the DCI Cyber-Crime Unit for examination.

Yesterday, as the investigations continued in Nairobi, 300km away in Uasin Gishu County’s Ngobitwo village in Soy was in mourning.

And about 10km away in Kiwato village, Cherop’s family was struggling to come to terms with her brutal murder.

Kipkoech’s family said he was studying at St Thomas of Aquinas Seminary in Nairobi and was in his eighth year.

Elijah Kimaiyo told The Standard his son was expected to arrive home last Saturday after completing his examinations at the seminary.

“My son was a seminarian and all of us were expecting that he would start his missionary work as a Catholic Priest soon because he had just completed exams,” said Mr Kimaiyo.

He said Kipkoech called last Friday, and requested for bus fare. He was sent the money on Sunday. Kimaiyo called his son to confirm whether he had received the money, but the call went unanswered.

On Tuesday, a team led by Soy Parish priest Thomas Kigen showed up at his home to break the sad news.

“The big question is who killed our son – a young man who was preparing to come home – and for what reason? Was he killed by robbers? We are asking the police and the DCI to unearth the mystery surrounding this death,” said Fr Kigen.

Kipkoech’s mother Beatrice Kimaiyo said after he failed to pick calls on Sunday the family assumed he was on his way home. The two families were not aware that the seminarian and Cherop were lovers.

Cherop’s father Matthew Cheboi described her as hard-working and cheerful.

Mr Cheboi said when his daughter called him on Sunday, while in the company of her son, a Grade Two pupil, the pair was in high spirits.

“She called and told me that she was from church and was buying some food before going to her house. That was our last communication until Tuesday when we received the devastating news from our relatives in Nairobi that my daughter and grandson were no more,” said Cheboi.

Catherine Nyambura, Cherop’s mother, said: “She was always smiling, and she loved to help the needy.”

A postmortem on the bodies is scheduled for today at Chiromo Mortuary in Nairobi.