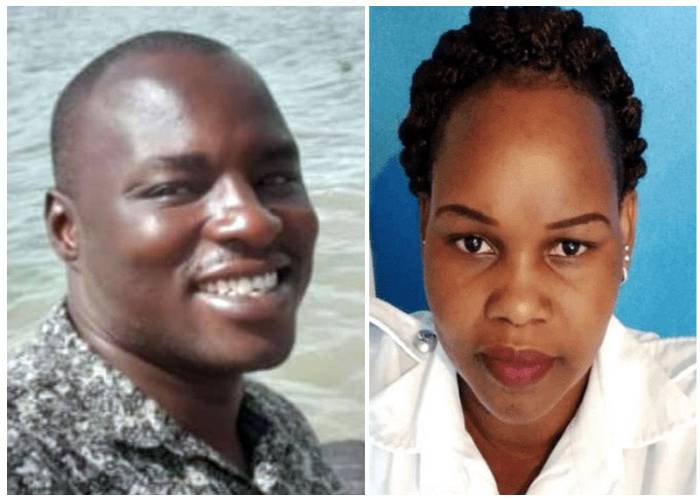 John Ogweno was a mid-level manager, when he jumped ship and joined the National Police Service in 2015.

He had served as the South Nyanza regional operations manager for Modern Coast bus company for a year before trying his hand at law enforcement. At the bus firm, he ensured smooth operations of the Modern Coast fleet in Kisii, Migori, Homa Bay and Nyamira counties. Ogweno was headquartered in Kisii Town.

The 30-year-old man pursued a Bachelor’s Degree in Economics and Statistics at the University of Nairobi between 2010 and 2014, when he graduated with Second Class Honours (Upper Division).

A brilliant person, the alumnus of Chuka Boys’ High School 2008 class would land a job with the long-distance transport company almost immediately after graduating from the UoN.

At Chuka School, he scored a B+ (Plus) in the 2008 Kenya Certificate of Secondary Education (KCSE) examination.

Ogweno’s family told The Standard that the tricenarian wanted a “more intriguing and involving job”, and was enrolled into the National Police Service when the opportunity presented itself in 2015.

He now bore the title constable, and was posted to Londiani and Nyagacho stations in Kericho County before being transferred to Nakuru Central post, where he was allegedly felled by a woman said to be his lover.

His father, Edward Ouru Ombai, described Ogweno as a man “who tried as much as possible to avoid confrontation”, and when the confrontations proved regular, “he’d cut ties with you for good.”

“My son and controversy couldn’t fit in one sentence,” Ombai told The Standard at his Sengre Village home in Rachuonyo East Sub-County, Homa Bay County.

“If you were a troublemaker, he’ll cut ties with you… easily, and for good,” said Ombai.

“His calm way of resolving issues, made it very hard for him to retaliate through violence,” added the distressed father.

“We’re yet to understand what caused the fatal incident between him and the female police officer.”

The father and son spoke on phone on Sunday night, 12 hours before news broke that Ogweno had been killed.

Ombai described his firstborn in a family of three children as a “development-oriented person”, who was committed to diversifying his sources of income.

“He was supposed to come home this week to supervise the installation of a water tank in my homestead,” said Ombai.

“I also serve in the police service; posted to Loitoktok, Kajiado County, which is far away from home. So, my son who was closer home would travel often to ensure everything was okay,” he said.

Prior to his death, Ogweno had bought land at Ringa trading centre, where he’d planned to construct commercial residential property. He’d also planned to put up a petrol station in the area.

“I’m scheduled to retire next year. I was hoping my son would take over the family businesses from me. Unfortunately, he is no more.”

Ogweno is survived by a widow and two children.

The cop was on Monday, July 5 found murdered in his car at the Kasarani police line in Nakuru Town. He had a gunshot wound in the head.

Police are pursuing the key suspect in his killing, Corporal Caroline Kangogo, who the deceased was allegedly dating.

Kangogo has also been linked to the killing of another man, Peter Ndwiga Njiru, whose body was found in a Juja lodging in Kiambu County. It is alleged the suspect checked into the guest room with Ndwiga on Monday evening.

The following day, the 32-year-old man was found murdered, with a gunshot wound in his head.

Why Many People Get Denied Student Visas To The USA Part_2.