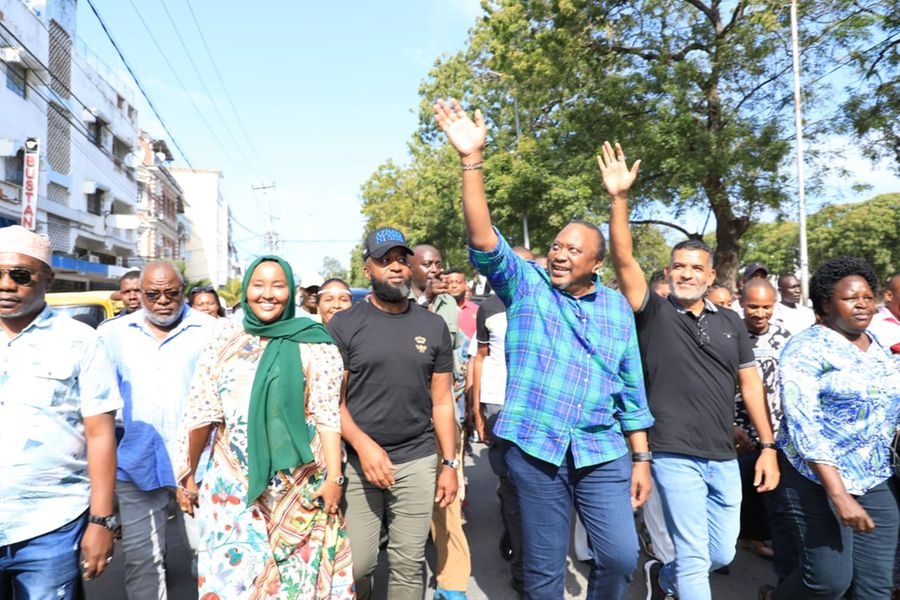 A jovial President Uhuru Kenyatta on Wednesday made his first public appearance since the August 9 General Election.

Kenyatta was spotted in Mombasa where he met with newly elected leaders and later had lunch at Barka Restaurant.

Mr Kenyatta acknowledged greetings from excited locals who asked him to address them.