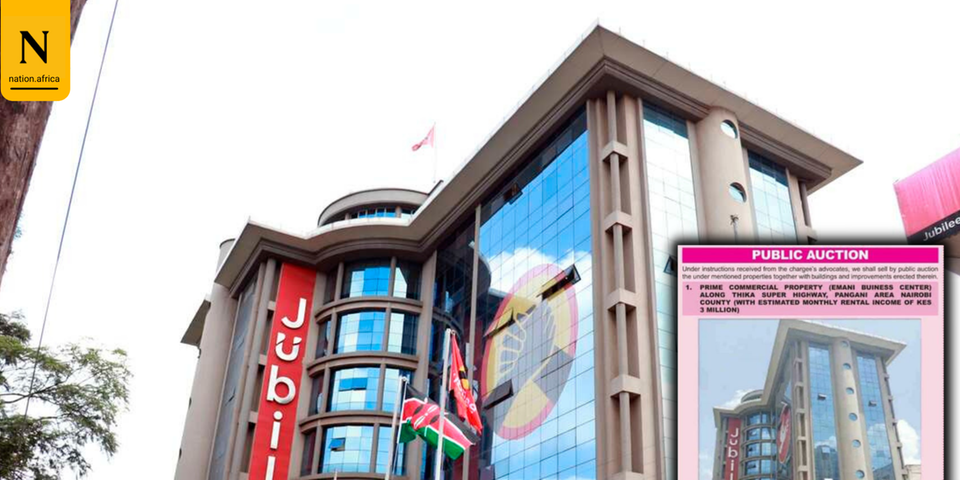 Auctioneers Garam Investments announced on Monday 29th August, that the building where the Jubillee party office is located, Emani Business Centre, has been put up for auction.

The property, which is situated near Thika Road in Nairobi’s Pangani neighborhood, will be put up for auction on Tuesday, September 13, at Garam’s headquarters in Westlands.

Florence Wairimu Mbugua of Farmers Industry Limited is listed as the owner of the property.

“Bidders will be required to produce a bidding deposit of Kshs 5 million by way of cash or bankers cheque before being allowed to bid,” read a section of the auction notice.

Since 2016, a year before the 2017 General Election, Jubilee Party has been a tenant in the seven-story commercial building they have leased.

The party’s main offices are located in the headquarters, which served as its nerve center during the most recent elections.

However, the party was rocked by unpaid rental arrears after Auditor General Nancy Gathungu questioned how they paid Ksh. 87.47 million in rent for the property but neglected to file the lease agreement with the Ministry of Lands and Physical Planning to support the payments.