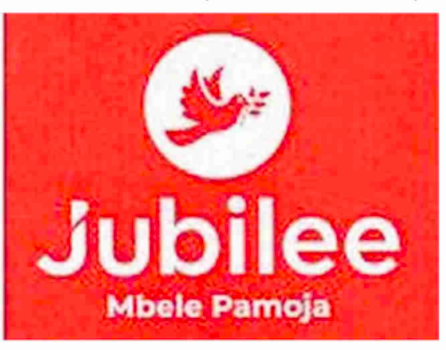 Jubilee Party has redesigned its logo, dropping all colours associated with United Republican Party (URP), which was its key component.

URP joined hands with The National Alliance (TNA) among other parties to form Jubilee Party in 2016.

The new logo, forwarded to Kenya Industrial Property Institute (KIPI) for trademarking, features a dove (in place of clasped hands) and is red and white in colour. The party’s motto ‘Tuko Pamoja’ has now been changed to ‘Mbele Pamoja’.

The new changes might as well be a clear indication of a fall-out between President Uhuru Kenyatta and his deputy William Ruto owing to the fact that URP was Ruto’s brainchild.

The changes come months after Jubilee Party revealed that they are planning a major rebranding as a stepping stone for its imminent coalition with Raila Odinga’s Orange Democratic Party (ODM).

Anyone who might wish to oppose the party’s new logo registration has until February 22, 2022, to present an objection to KIPI.

The complaint will be accepted upon payment of prescribed fees.

READ ALSO  Women share on how they got conned in the name of love
Related Topics:Mbele Pamoja'.News
Up Next