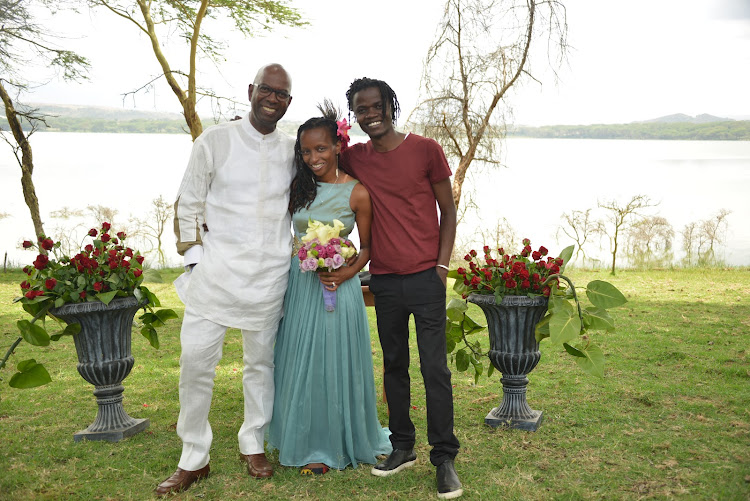 On July 1, 2019, singer Juliani is feeling sentimental as she remembers her time with the late Safaricom CEO Bob Collymore.

On December 26th, Juliani posted what he refers to as his yearly photo dump to Instagram. Everything was done as a tribute to his close buddy, the late Collymore.

“My annual G photo dumps. no matter where I was, as long as he is there, I knew that’s where I needed to be. Never felt out of place,” captioned Juliani. 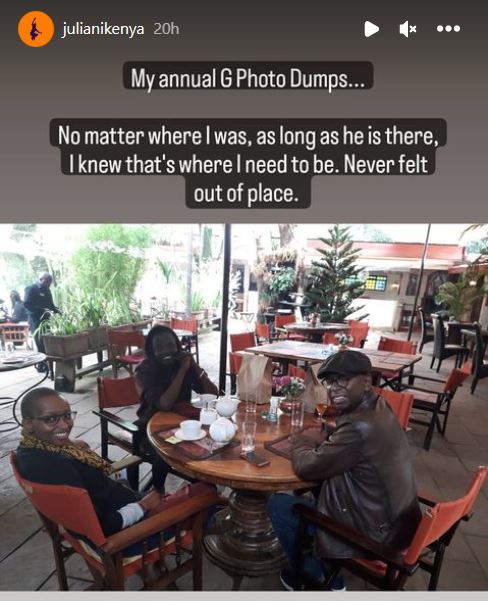 Another touching post from Juliani featured a picture of Collymore and what appeared to be them enjoying a jazz festival. The deceased CEO cherished going to jazz festivals. 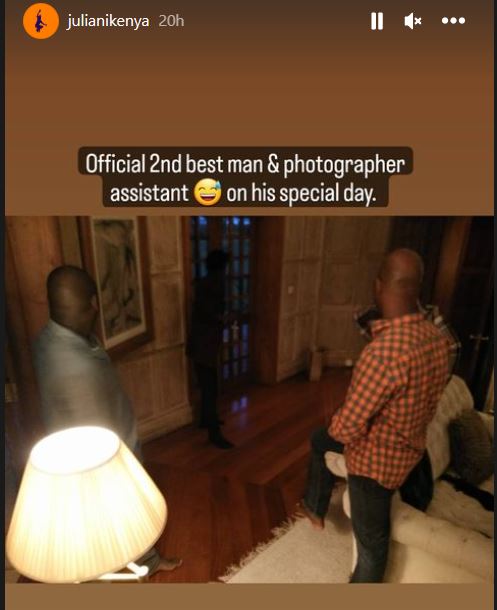 The ever-vigilant Chief Executive was seen holding his wife’s handbag while Juliani was on the phone showing Collymore something.

“Showing him his recording on how not to dance at the jazz fest. Hio bag discussion for another day. Love to make you do things Amerix wouldn’t approve.” 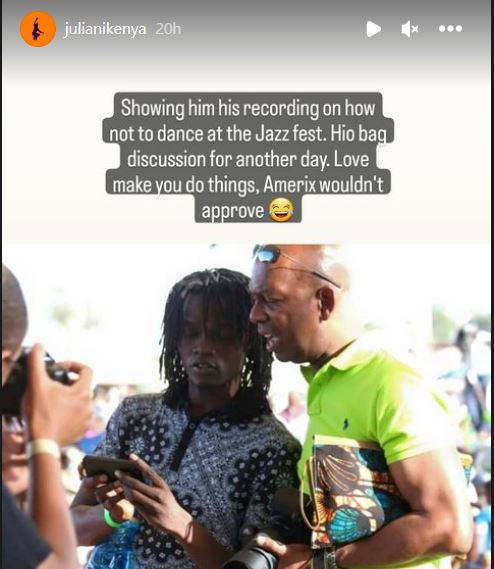 Laughing some more, Juliani included another caption of the last day he ever saw Collymore alive.

“B4 his transition we sat for hours at their home and Wambo. He liked walking barefoot, frail, holding onto furniture on his way.

He went to another room and came out with this whiteboard and help me map out our ‘Taka bank’ idea then. He discussed the future, his role as CEO, personal plans. This is the last time I saw him.” 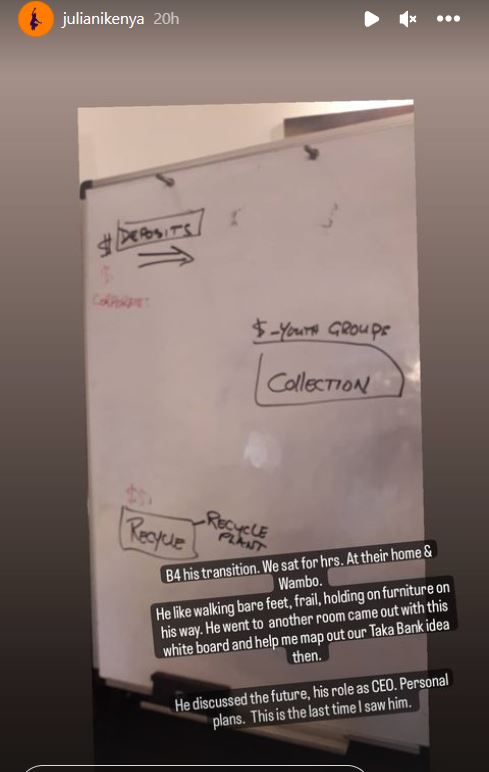 Mr. Collymore was diagnosed with Acute Myeloid Leukemia, a rare form of blood cancer in 2017, at a London hospital where he had been referred from Nairobi

READ ALSO  What Martha Koome’s backyard expects after her nomination for CJ seat
Related Topics:Bob CollymoreJulianiNews
Up Next