President William Ruto’s speech in parliament was mocked for being too brief to cover important national issues by Junet Mohamed, Kenyan politician from Suna East, and a number of other legislators.

Junet claimed that the President appeared to be in campaign mode, promising more to Kenyans.

“I’m serving my third term this is the shortest speech I’ve heard in parliament from the president. Looks like they did not have anything serious. I see the president is still in campaign mode. He is still issuing promises on top of his manifesto promises,” Junet stated.

Edward Muriu, a Gatanga lawmaker, said the speech was well-written and got right to the point.

“The speech is outstanding, very short and brief. It was direct to the point and precise. The president was able to discuss the actual things that affect Kenyans,” remarked Muriu. 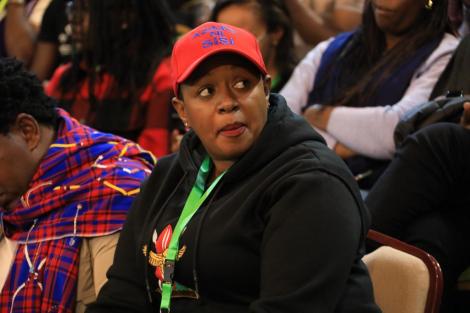 The President omitted to outline to Kenyans the strategy for carrying of his expansive agenda, according to nominated MP Sabina Chege.

“President Ruto’s speech was very short and very optimistic but the implementation on how to be done was not very clear,” Chege said.

Salah Farah, Fafi legislator, asserted, “The speech was short brief and honest. He showed us the problems and he had the solutions.”

Justin Muturi, the country’s nominee for attorney general and a former speaker of the National Assembly, was content with his boss’ performance.

“It was a good thing, 30 minutes was refreshing. At least the members of parliament were not sleeping I am a witness of this,” Muturi said.

The President brought up a variety of concerns in his speech, including the rising cost of living, the mounting debt, the availability of healthcare, and the monitoring function of Parliament.

He pleaded with the two Houses to cooperate and fulfill their promises to the Kenyan people.