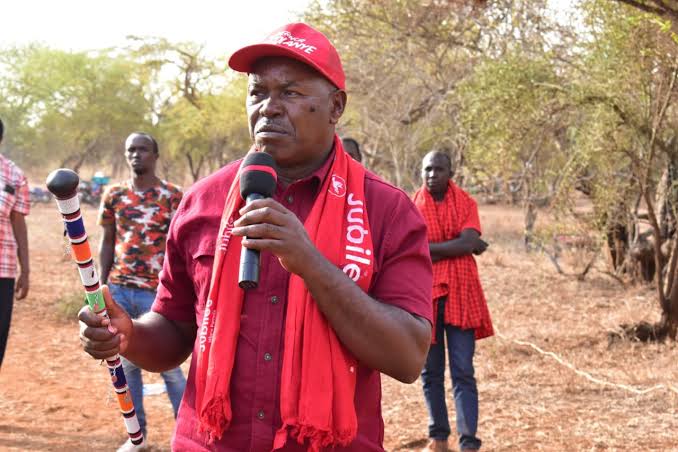 Kajiado residents have told off former Governor David Nkedienye to forget about being the Governor of Kajiado County come August 9th general elections for what they termed as abandonment when he was the then county Boss.

They claimed that Nkedianye neglected them only to come back during the campaign year with the same narrative while delaying and denying basic services to his voters.

The residents also purported that Nkedienye is witchcraft and they can’t trust him with the management of the county, further promising to vote in Governor Lenku for a second term.

“We can’t dare vote in Nkedienye because is someone who will take us to witchcraft and bring us snakes,” the residents lamented.

This comes a few days after Governor Lenku claimed former governor David Nkedianye is a renowned visitor to witch doctors.

“They use snakes given to them by sorcerers and this is a true story. They are the same people calling my voters snakes,” Lenku claimed during the live Tv Interview.

READ ALSO  Woman accused of cheating on husband with Anglican bishop had sought divorce
Related Topics:CountiesKenya politicsNews
Up Next