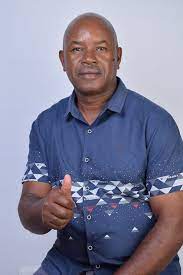 A section of residents of Kajiado Tuesday called on the anticorruption agencies to investigate the former Kajiado Governor David Nkedianye for allegedaly acquiring land through grabbing.

Nkedianye’s ambitions of winning back the seat  suffered another blow after a section of leaders and residents said that the former governor cannot be trusted with land issues in the county.

In 2014, the High Court had to order the then Inspector General of Police David Kimaiyo to appear before it on  over the Nguruman land case or face arrest.

The summons were in relation to a case in which the Nguruman company sued Nkedianye and others for allegedly invading a private ranch in the county and destroying property.

Justice Charles Kariuki, of the Land and Environment Court sitting in Machakos, aid it is imperative for the IG to appear in person to explain that he has not been unconstitutionally manipulated by politicians in the case.

Nguruman lawyer Ahmednasir Abdullahi had filed an application to have Kimaiyo arrested and brought to court for failing to honor summons.

“The IG should be arrested and put in handcuffs before being brought here as he is not above the law. On the contrary, he swore to uphold the constitution and rule of law when he assumed the position,” Abdullahi told Justice Kariuki.

The court had subsequently ordered Kimaiyo to remove the raiders from the ranch but he sent the Kajiado county commander to the court on his behalf to explain the position.

The residents have also warned that Nkedianye’s past incitement against other tribes who stay in the urban centres of Kajiado have triggered fear and mistrust among residents ahead of the August poll.

They have called on the Azimio La Umoja team to be careful on whom they bring as the joint candidate for Kajiado considering that land issues in Kajiado are very sensitive.

VIDEO: Sarah Kabu confirms her marriage is over, says husband has been supporting two kids from different mothers