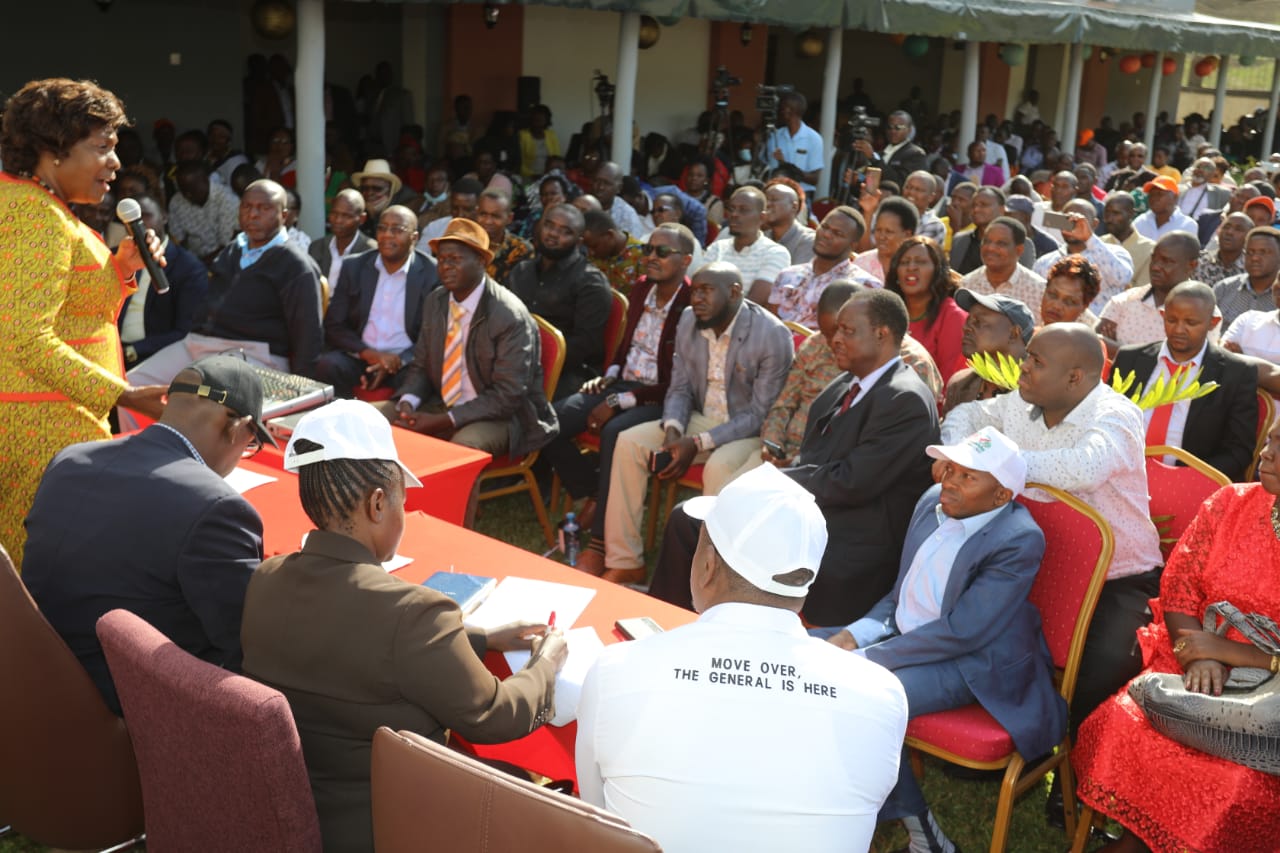 Governor Charity Ngilu has termed Wiper Leader Kalonzo Musyoka’s exit from the Azimio coalition as inconsequential to Kamba Community’s resolve to be in the next government led by Raila Odinga.

She said that the decision to go it alone was Kalonzo’s personal choice and did not in any way reflect or encompass the wishes of the community.

Ngilu also accused Kalonzo of insincerity and attempts to frustrate the community’s golden opportunity to reap increased resources and shared prosperity with the rest of the country.

She spoke in Machakos when she joined her Makueni counterpart Prof. Kivutha Kibwana, Executive Director of Azimio Secretariat Raphael Tuju, and Machakos gubernatorial hopeful Nzioka Waita for a consultative meeting with Ukambani aspirants contesting for the various elective seats under the Azimio umbrella.

“It is unfortunate that Kalonzo is keen on leading his kinsmen into the opposition due to selfish interests,” said Governor Ngilu noting that Kambas were not ready to gamble with their chances of being part and parcel of the next government.

“Even I was interviewed for the Azimio La Umoja presidential running mate position but I’m still firmly in Azimio despite Raila Odinga’s choice of Martha Karua to deputize him,” she added.

Ngilu recalled how Kalonzo vowed to unconditionally support Mr. Odinga’s presidential bid for a third time during the March 12 mega rally at Jacaranda grounds in Nairobi.

“It is therefore insincere for him to leave the coalition just because his unrealistic demands to be made running mate was not honoured,” she emphasized.

Governor Kibwana said that Kalonzo was plotting on precipitating a run-off that could plunge the country into a repeat of the 2007/08 post-election chaos.

“He should know that he cannot win alone and come back to Azimio before it’s too late,” he advised.

“There comes a time when interests of a country are greater than those of an individual and this is that moment. Kalonzo should not deny his people their golden opportunity to be in goveKamrnment,” he emphasized.

On his part, Tuju noted that the decision to select Martha Karua as Raila’s running mate was informed by the coalition’s determination to win rather than rewarding certain individuals.

READ ALSO  DP Ruto: I will not allow my deputy to be humiliated the way I have been humiliated
Related Topics:News
Up Next

Ashoka Launches ‘Everyone a Changemaker’ to Inspire Youths in Africa