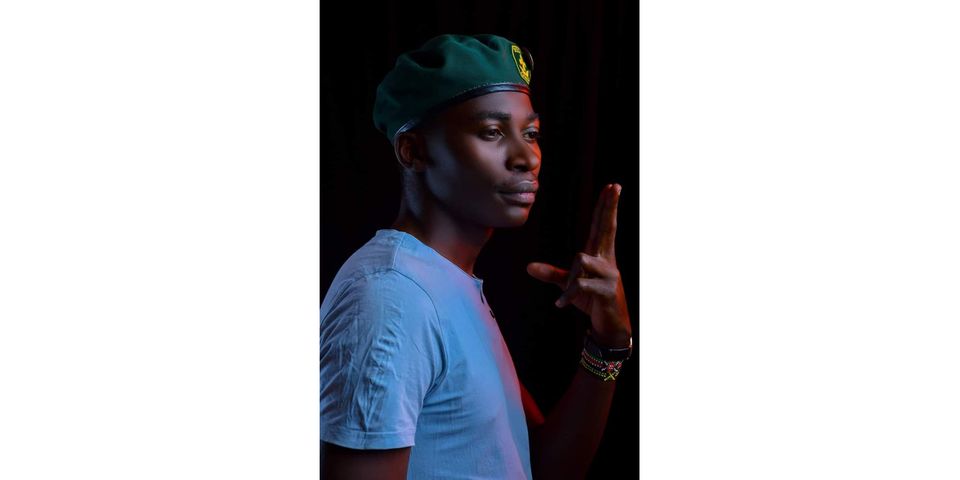 A sombre mood has engulfed Bungoma town following the mysterious death of Peter Oteng, who was popularly known as Storm Dwarchild.

Storm was a musician who also worked as the communication officer of Kanduyi MP Wafula Wamunyinyi.

His body, which had deep cuts in the head, was found by a passerby at 11.45pm on Friday night, in Sunrise estate just a few metres from his house.

He was instrumental in raising Mr Barasa’s political popularity by producing eye-catching photographs and videos.

Storm, who had roots in Uganda, produced songs such as “Popo”, “Brikicho”, “Covid-19”, “Hustle”, “Landlord” and “Bindu Bichenjanga”, which received plenty of airtime on local radio and television stations.

Mr Wamunyinyi condemned the killing and called for a speedy probe into the matter.

The lawmaker said he was with Storm and other staff members at a restaurant the same night and that everyone left for their homes around 10pm.

“Storm called a motorcycle rider, whom he knew, to take him home. One of his colleagues paid the fare for him because he didn’t have loose cash,” the MP said.

He said that less than an hour later, he received a call from police notifying him that one of his staff members had been attacked.

Ex-KTN news anchor speaks about cheating on a man, getting pregnant