Kang'ata: BBI ruling has vindicated me 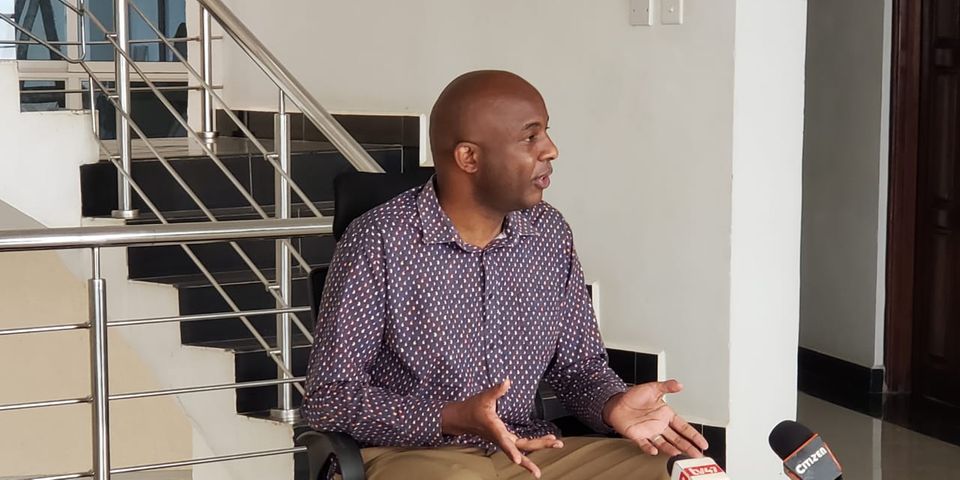 Murang’a Senator Irungu Kang’ata says the High Court ruling on the Building Bridges Initiative (BBI) has vindicated him, following his controversial view that the initiative is not popular in the Mt Kenya region.

Mr Kang’ata, who is an ally of Deputy President William Ruto, termed the judgement “proper, good and based on law”.

He said it should not come as a shock since he and his colleagues in law and Parliament attempted to reason with BBI proponents, in a push for them to adhere to the Constitution and other legal guidelines, but that this was in vain.

Earlier this year, Senator Kang’ata wrote a letter to President Uhuru Kenyatta, telling him of the challenges the BBI faces in Mt Kenya.

The letter dated December 30, 2020, addressed to President Kenyatta and Jubilee Secretary-General Raphael Tuju, said the BBI is unpopular in the region.

“For every 10 persons I surveyed, six oppose it, two support it and the other two are indifferent … if we do not take urgent measures, I will pin myself permanently in the pillar of the shame of the spectacular defeat,” he said.

Mr Kang’ata’s letter cost him the position of senate majority whip but he says the Thursday ruling on the BBI, by a five-judge bench, affirmed his position.

The lawmaker, who addressed the press at his Upper Hill offices in Nairobi, said he warned the President of the legal pitfalls that the constitutional amendment process was likely to encounter and gave other suggestions.

“I was victimised for that but now the courts have vindicated me,” he said, insisting that he was sacrificed for speaking truth to power.

Asked whether there was a chance to revive the referendum process before the next General Election, Mr Kang’ata noted the time constraint.

He said that even if the State appeals against the High Court ruling, it will be impossible to have a referendum in under four months, “unless they short-circuit and circumvent the law”.

Under such a circumstance, he said, the process will be time-barred considering an August date for the election.

“It’s impossible (to salvage it) because filing an appeal is a tedious process that ought not to take less than four months to have the case heard and determined. The BBI is dead, legally,” said the senator.

The lawmaker, however, called for multiple choice questions instead of a “Yes” and “No” formula, which the courts also upheld.

At a press briefing at his Upper Hill offices in Nairobi on Friday, the BBI secretariat said it will appeal the ruling that declared the process illegal.

Secretariat co-chairman Junet Mohammed said they were in the process of setting up a legal team to lodge an appeal as soon as next week.

He accused the judges of practising judicial activism in partnership with the civil society and a section of politicians who have been opposed to the process.

Mr Kang’ata asked BBI proponents to drop the idea and instead implement the major proposals in other ways.

“Parliament can pass proposals like creation of the Ward Development Fund and an increment in the county allocation through the County Revenue Act. The two thirds gender question can also be addressed,” he said.

He, however, wants the proposal to expand the Executive halted.

Mr Kang’ata also weighed in on the contentious issue of the route the government took to initiate constitutional amendments, saying it can only use the parliamentary initiative, not the popular initiative.

“That the Executive is using power and money to amend the Constitution is nothing close to the popular initiative,” he said.