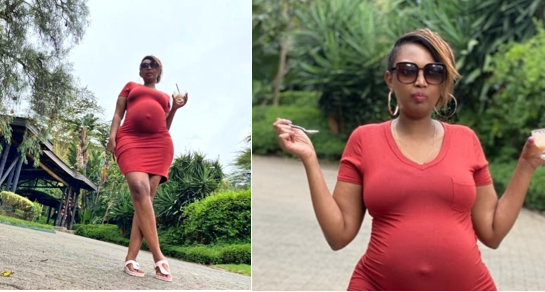 Karen Nyamu seems to be eager to share every detail of her third pregnancy with Kenyans.

Nyamu, a city lawyer who is chasing a Senate seat in Nairobi, appeared to reveal the gender of her pregnant child on online recently.

The news comes just weeks after Nyamu made the contentious claim that singer Samidoh is not the father of the unborn kid.

“He should stop suspecting himself because I did not tell him he is the father,” responded Nyamu to a fan.

Despite their on and off romance, Samidoh and Nyamu have been gifted with a kid.

Samidoh is a police officer and singer who is married and has two children. He made a public apology for fathering a kid with Nyamu previously, calling it an “error” while promising to carry out his fatherly responsibilities.

READ ALSO  Bahati reveals why he has cancelled tours to the US twice this year
Related Topics:genderKaren NyamuNewsSamidohUnborn baby
Up Next