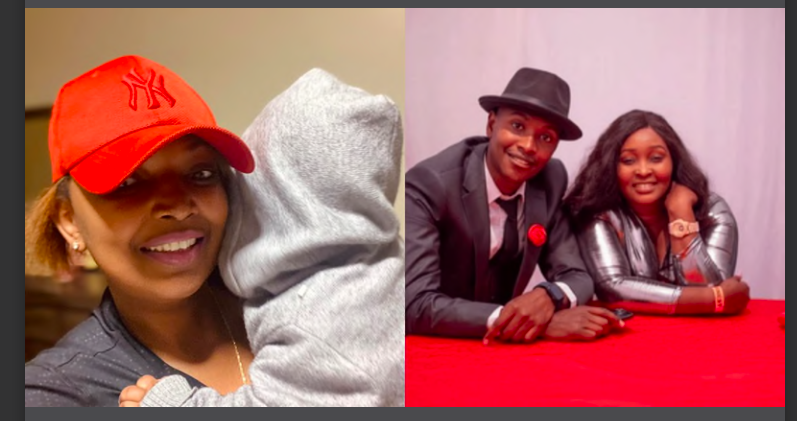 Karen Nyamu, a lawyer turned politician is an amazing mother to her two children.

Nyamu’s first child was sired by DJ Saint Kevin and the second with Mugithi star Samidoh and recently, she disclosed that she discovered she was pregnant (for the singer).

Speaking in an interview with Jeff Kuria, Nyamu said she did a pregnancy test at home and the results turned out positive.

“It was hard to believe because the other one is still young (10 months) and because of the timing. I got stressed for like two months. But I accepted,” she said.

No bad blood between her and Samidoh’s family

The controversial politician responded to claims she ruined Samidoh and Edday’s marriage, saying she wouldn’t do that.

“People do not understand that when you love someone you would not want to ruin him and what is important to him,” she stated.

Nyamu also disclosed that she always prays for the Mugithi star together with Edday and their children.

“There is no way I would pray for my family, pray for Samidoh and fail to pray for his wife and kids. There was a time she (Edday) was admitted in hospital and Samidoh was very disturbed…and I remember praying for her recovery. You cannot separate the person you love and his family which is part of him,” she said.

The pregnant mom clearly stated that she had no intentions of replacing Samidoh’s wife. She also said that whenever they are together (her and Samidoh), they record videos for memories.

In a related article Karen Nyamu told off fans, who dragged Edday’s name to Facebook her page, claiming she was hurt by a romantic video of Samidoh having fun with his wife.

“Wacheni roho mbaya (stop the envy). She (Edday) is a great woman and deserves more,” the mom of two said.