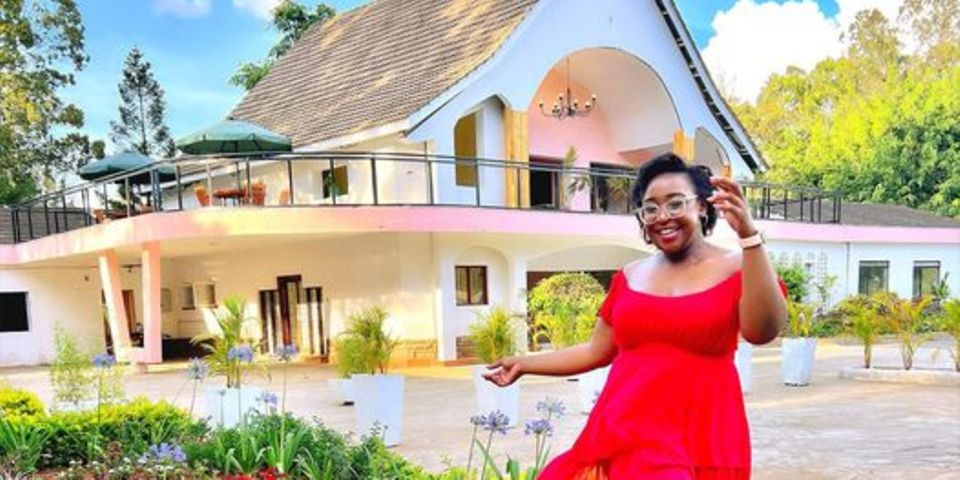 Kenyan media personality Betty Kyallo’s restaurant — The Summer House — could be closed down after residents of Nairobi’s upmarket Karen suburb complained that it is  too loud.

Through a statement dated November 25 from the Karen Lang’ata District Association addressed to the Nairobi City County Government, the residents express their displeasure with The Summer House.
They say the restaurant has caused unprecedented noise pollution by playing loud music at night, causing inconvenience and discomfort to those who live near it.

The association’s Chairperson Silalteh Samora demanded that the county government moves with speed and close the restaurant and withdraw any approvals or licenses issued to the owner.

“We are aggrieved that The Summer House, which opened its doors to the public two months ago, did not follow the prerequisite process when seeking to develop the property as is required by the law,” the chairperson said.
The association claims there is no change of user of the property from residential to commercial by either the National Environmental Management Authority or the county government.

The association also claims there was no public participation for the residents to give their opinion before the establishment of the entertainment joint.
“No public announcement in any daily newspaper was made notifying members of the public about The Summer House development.”

Eight clubs in Nairobi have been shut down by Governor Johnson Sakaja for noise pollution in residential areas.

Kyallo’s restaurant, which opened nearly three months ago, was launched on November 18.

Last month, Lang’ata Forest Edge Residents Association (Lafera), an affiliate member of the Karen Lang’ata residents’ association, lodged a complaint through Kiarie, Joshua & Co Advocates, saying the restaurant does not match the aesthetic value ideal for the area as per the zoning policy.

Lafera gave a seven-day notice to the director of Environment at the county government to close the restaurant, failure to which it would move to court.

“Please note that at the expiry of seven (7) days’ notice upon receipt of this letter without any action being taken against the said establishment, our client’s irrevocable instructions are to file the petition under a certificate of urgency before the Environment and Land Court seeking the appropriate orders compelling you to carry out your statutory functions,” reads a letter dated October 19.

On Friday, Mr Sakaja issued a warning to nightclubs operating near residential areas to stop playing loud music at 10 pm.

Police officers, as well as officers from the county government of Nairobi, carried out an operation over the weekend to see if the order was being adhered to.

However, the team said it found several clubs had contravened the governor’s directive, and their licences were cancelled.

President William Ruto on Monday assured Mr Sakaja that he has his support in making Nairobi “a habitable place.”

“Governor Sakaja, please keep the noise away from our children. You have our support,” President Ruto said.

“Nairobi must maintain the standards  of a capital City,” he added.