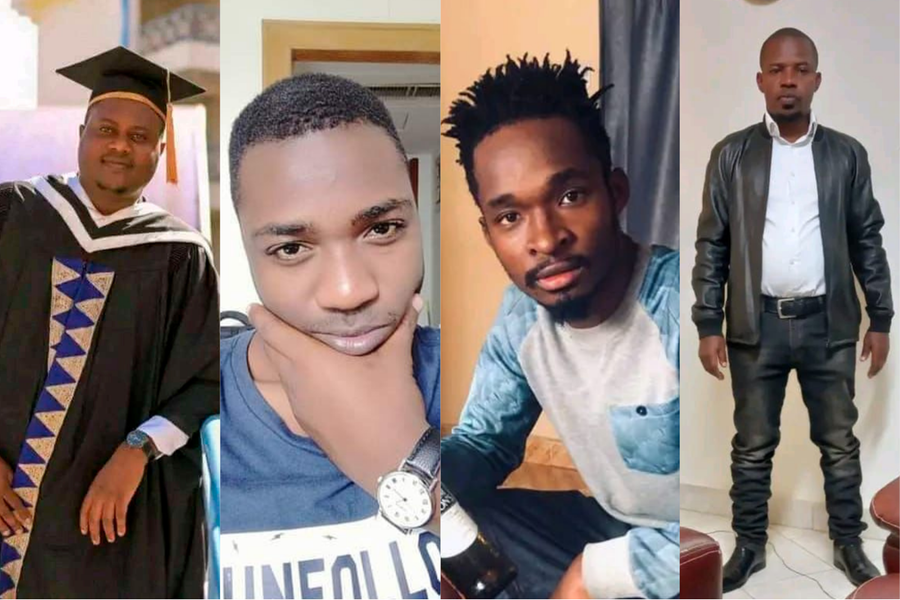 After it was discovered one had defrauded the lover of his accomplice, investigations into the deaths of four companions who were accused of money fraud have taken a new turn.

There has been reports that they were involved in a money and cryptocurrency scheme, as the bodies of Fred Obare, Frank Obegi, Moses Nyachae, and Elijah Omeka were discovered in Kijabe Forest and Magadi.

The information about Ms. Doreen Makena, Omeka’s lover, complaining about losing Sh100,000 to Obare came to light on Wednesday.

Ms. Makena had a complaint against Obare regarding a Sh100,000 academic writing account, according to testimonies taken by Directorate of Criminal Investigations (DCI) investigators.

Obare’s body was discovered on Monday in Magadi, Kajiado County, while Obegi, Nyachae, and Omeka’s bodies were discovered on Sunday in Kijabe Forest, Kiambu County. 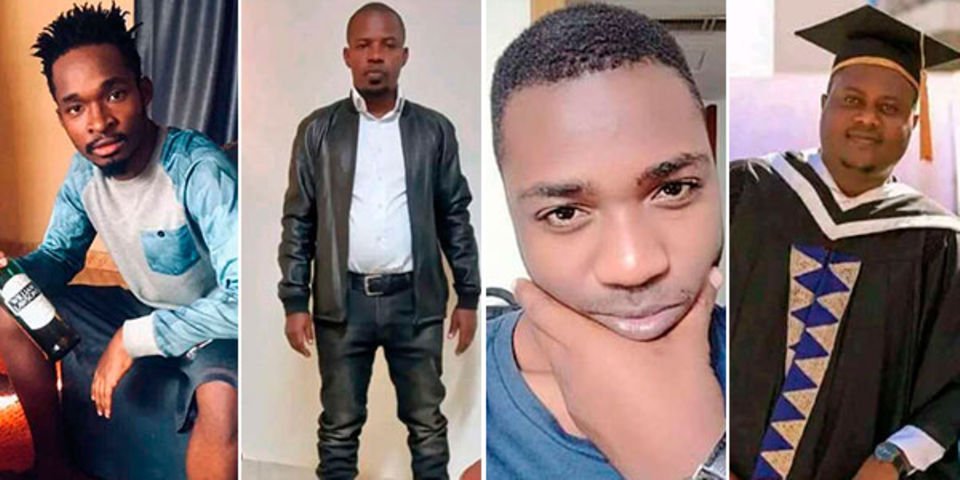 From left: Frank Obegi, Fred Obare, Moses Nyachae and Elijah Omeka. Investigations into the killings of the four friends accused of money fraud took a new twist on June 22, 2022.

Obare, who had commercial dealings with Omeka, was found to have traveled to Ruiru on Thursday from his house in Santon, Kasarani, in order to arrange yet another agreement for the sale of another academic account.

Stephanie Mburu, the wife of Obare, revealed to investigators and family members that her husband had informed her that he had received a call from Ms. Makena and that he would be joining her in filing a report of her husband’s disappearance at the Kasarani Police Station.

Thursday night, Ms Makena called Ms Mburu to check on her husband’s whereabouts but he was nowhere to be found.

Finley Mokaya, Obare’s brother, says that Obare’s phone was turned off at 2:30 p.m. that day, just after he spoke to Ms. Makena.

It is still unknown why Ms. Makena has yet to give the police a statement 72 hours after the bodies of the four were discovered and transferred to City Mortuary.