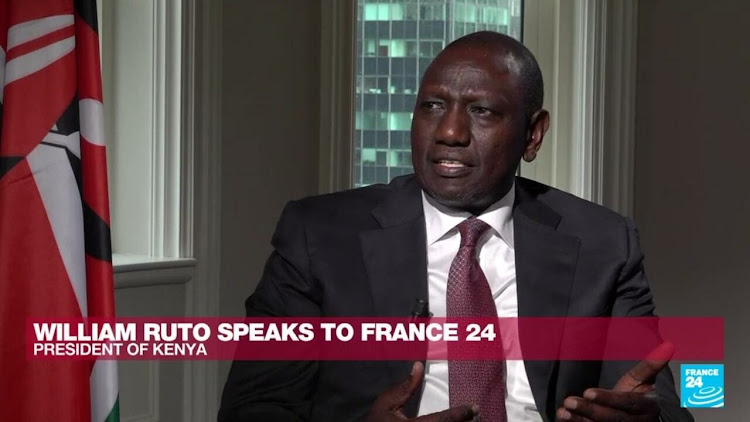 According to President William Ruto, Kenyan troops in Somalia would leave the country once their duty is complete.

He said the troops’ presence in parts of Somalia helps with with Kenya’s stability.

“Those troops will come back home as soon as they are done with the assignment they have in Somalia,” he said.

“It has been 15 years and I appreciate that, we have been there with many partners. I think there is light on the horizon with the election of President Hassan Mohamud who I have met twice.”

He stated that Mohamud has a more precise understanding of the direction that the fight against Al Shabaab should go.

Ruto stated that they are collaborating with other allies to stabilize the neighboring nation.

The president further adds, Kenya is impacted by Somalia’s instability, hence the Kenya Defence Forces would stay in place till their mission is complete.

He asserted that once a working security system is in place, Kenya will be able to withdraw its soldiers and make room for other engagements on issues that both nations are facing.

“Kenyans want to do it yesterday but they also appreciate that our being in Somalia is not necessarily because of Somalia, it much more because of Kenya,” he said.

In order to stabilize Somalia, according to Ruto, it is in the region’s best interests to guarantee Muhamud’s government is successful.

Speaking to France24 on the sidelines of the UNGA in New York, Ruto said that Kenya is paying a high price for its military engagement in Somalia, which is still the target of frequent attacks by the militant organization al Shabaab.

Along with troops from Burundi, Djibouti, Ethiopia, Uganda, and the AU Transition Mission, Kenyan military personnel are now operating in Somalia.

Its job is to support Somali forces as they battle the Al Shabaab, which is still causing havoc in the area despite advancements in diminishing it.

Ruto’s comments came as preparations are being made for ATMIS personnel to depart the nation by 2024 and hand over full responsibility to Somali forces.