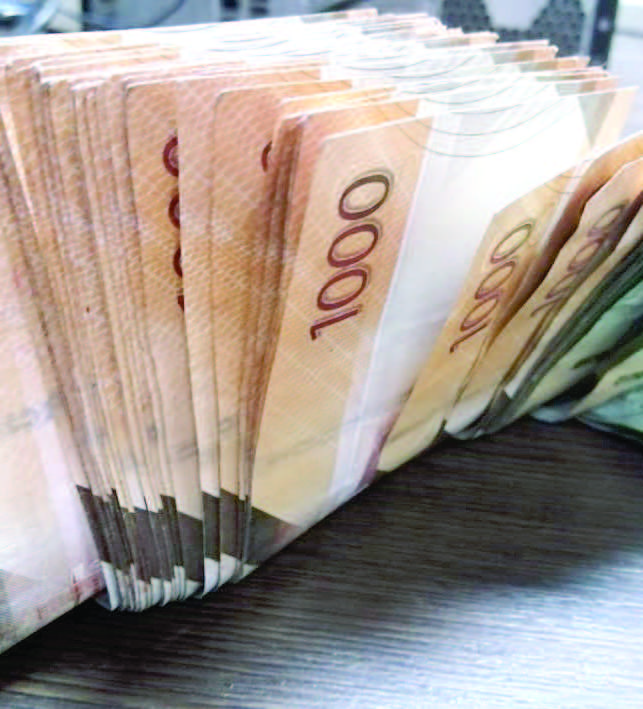 They come, promise big returns, pay early entrants handsomely, and then they collapse or vanish as quickly as they showed up.

The only constant is gullible Kenyans, who are left helpless and counting painful investment losses. Some investors never learn and are blinded by the promise of quick riches. Few ask the important questions on the source of the promised returns, and have no time for due diligence. As long as there is a testimony from a ‘beneficiary’, glossy printed marketing brochures, a deal fronted by influencers who include church ministers, Kenyans seeking quicker riches pump in money.

But what has surely made Kenya a playground of investment con artists is the fact that nothing happens to the masterminds.

The daring ones swiftly change their names and return wearing new hats, even before dust settles on their previous scam.

During his entrepreneurial heydays, David Kariuki Ngari – the founder of Ekeza Sacco, Gakuyo Real Estate and Gakuyo Investments Club, had mastered the most critical marketing strategies to attract thousands of Kenyans to invest into his largely fictitious investment schemes.

He would appear at Kikuyu vernacular radio stations every night around 8pm, give a three-four minutes’ sermon to listeners, then before closing, promote his investment schemes by asking listeners to invest in Ekeza Sacco.

Members were attracted by favourable payment methods that allowed instalments to own housing units as well as owning homes around Nairobi. That was about a decade ago. Fast forward to 2017, Mr Ngari had convinced a staggering 78,000 Kenyans to put their hard-earned money in Ekeza Sacco, with investments of more than Sh2.4 billion.

But there was a problem, as an investigation by the Commissioner for Cooperatives would later reveal. Mr Ngari had illegally siphoned more than Sh1 billion from the investment company to his personal accounts between 2015 and 2017, to finance his lavish lifestyle and elections campaign. When the DCI on March 18 asked residents of Nairobi and Kiambu who had been duped to appear at the DCI Headquarters, about 15,000 members showed up, causing commotion and a cancellation of the exercise.

Last year, Mr Ngari announced that he had started refunding members their money. There has not been further update on the progress. The outcome of the DCI investigations remains unknown. The televangelist sued to block auctioning of his firm.

For a man interested in attracting thousands to invest in his highly marketed real estate projects, Mr Samuel Maina—  the founder of Urithi Housing Cooperative — knew he would require the power of technology to market his ambition. And so his team went ahead to create irresistible adverts and artistic impressions for presentation to potential buyers, enticing them with images of their would-be-homes.

This was followed by a major, classic launch event where bulls were slaughtered to signify a new beginning for the investors and flowery speeches issued on how the cooperative would walk the journey with members to see them own homes. The only thing standing between the investors and their homes was only paying the money, soon after which they would live in them within a year or two. Many took the bait.

By last year, many of the 32,000 members were crying after years of waiting for delivery of their houses, each having paid amounts ranging above Sh1 million. Last year, the DCI asked aggrieved members who had been defrauded through the housing cooperative to record statements. But the files have never been forwarded to DPP for prosecution, while investors keep waiting.

When it introduced its High Yield Solutions product, Cytonnleveraged on the promise that it would pay back 18 per cent of investments to customers, attracting about 4,000 people to invest their millions into the scheme.

READ ALSO  Companies In The USA looking For Talented Immigrants.

Last week, some of the frustrated investors in the scheme started coming out to complain how the company had frustrated their efforts to get back their money when their investments matured, setting the stage for the most recent scandal in the financial sector. At stake is Sh10 billion in investors’ money. Court battles have just started following Cytonn’s action to take the Capital Markets Authority to court last week after the regulator opened criminal proceedings against the investment firm over two of its funds. Aggrieved investors are now preparing a class action civil suit.

The pyramid scheme went down in 2006 with over Sh2.4 billion that had been invested by 93,485 investors. Its founder, George Odinga Donde, leveraged on religious approach, where preachers were used to encourage believers to invest in the scheme for quick returns, with few cases of some people alleged to have benefited immensely from their investments being paraded.  Mr Donde died in 2012.

It is one of the many pyramid schemes that used religion and sale of Christian literature to attract unsuspecting Kenyans to put in their money, with promises that they would reap up to 120 per cent interest. Close to 6,000 people invested more than Sh1.9 billion, which would disappear as the pyramid scheme collapsed in 2007.

A taskforce investigation would later reveal that the Sacco’s founder and director, Peter Ndakwe, had, as the scheme struggled to pay back investors, accumulated wealth, including buying Sh200 million plots in Runda and transferred properties worth millions of shillings to companies in Panama.

In 2013, Mr Alfred Wangai and his wife Mercy Nkantha, residents of Limuru, Kiambu County, duped 13,000 residents into investing over Sh1 billion to trade in stocks in internationally listed companies.

Among the promises was that investors would get 60 and 80 per cent of the amount deposited for four consecutive months and at the end get the initial total deposits back. Every investor was required to deposit at least Sh25,000 at VIP Portal. But when investors- many of them farmers- wired money in the couple’s accounts, the promises vanished, and so did the money. They would start seeking legal redress a year later, after realising nothing was forthcoming, despite the maturity of the investment. The case is still being heard in court.

Ms Nuzrat Sharif used one of the most popular logics a business can apply in marketing to an urban dweller. Through its rent-as-you-own model, it made unsuspecting investors believe they would live in houses paying rent, which would later count as purchase instalments. Members were only required to pay a 25 per cent initial deposit. But by the time Ms Sharif, one the architects of the scam, was arrested last year, the scheme had sunk with over Sh500 million owed to investors. Investigations are on course although no communication has been made officially on their progress.

By 2018, 500 investors had collectively lost Sh500 million after Mr Peter Wangai and his scheme failed to live to their promise. It was reported that Mr Wangai could have made Sh1.6 billion by lying to investors, without a plan to repay their money.

Other pyramid schemes that have left thousands of Kenyans in misery after they had invested all their savings include Aim Global and Crowd1, which were unregulated online platforms and whose extent of damage has never been quantified.