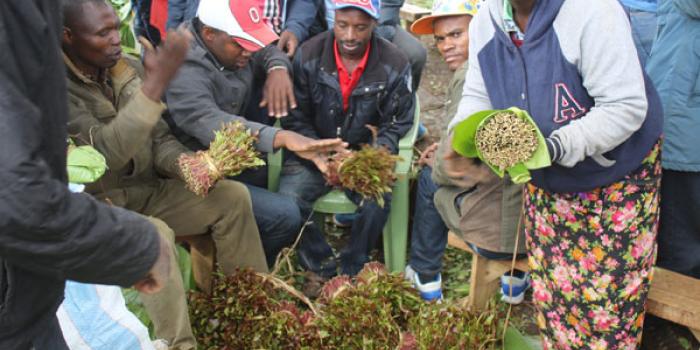 Since resuming sales of the stimulant to the country in the Horn of Africa in July of this year, Kenya’s exports of miraa to Somalia have brought in Sh4 billion in three months.

After the two nations addressed an earlier dispute, Kenya has reportedly sold 1.4 million kilograms of miraa, according to Felix Mutwiri, head of Miraa Pyrethrum and other Industrial Crops.

The action provides a significant benefit to the government’s foreign exchange profits and a means of support for farmers who were severely hurt when Mogadishu imposed a prohibition in 2019.

“We have so far exported 1.46 million kilograms of miraa since we resumed the Somalia market in July and we are still in talks to increase the volumes in coming days,” said Mr Mutwiri.

Currently, a kilogram of miraa sells for $23 (Sh2,760) in Somalia, or nearly Sh4 billion for the whole shipment.

Mr. Mutwiri stated that the Joint Commission of Corporation, an organization that brings together officials from Kenya and Somalia to resolve the matter, is handling the situation.

“We are waiting for the new officials at the ministry to settle in the office first before we pick up the issues aimed at resolving the current challenges,” he stated.

He stated that the directorate had created the Miraa Industry Code of Practice KNWA 2940:2021 in partnership with the Kenya Bureau of Standards, which will advise farmers on best agricultural practices at the production level and post-harvest managing. They are now educating miraa-growing counties to adopt it.