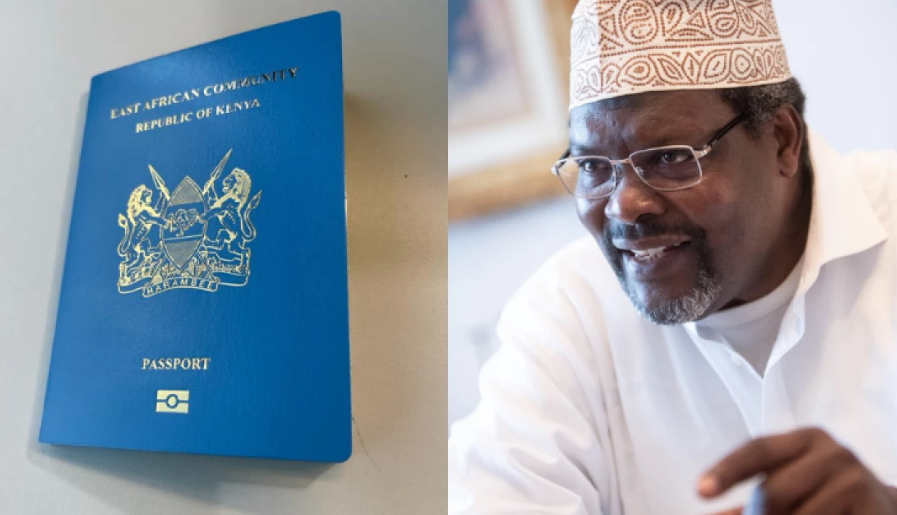 Canada-based Kenyan Lawyer Miguna Miguna has finally received his passport after close to five years since his exile.

The embattled Miguna said that President William Ruto had ensured the processing of his passport which sets the stage for his return to Kenya.

Taking to social media on Tuesday evening, Miguna said he did not need to sign any documents as previously ordered for him to get the travel document.

“1687 days after Uhuru Kenyatta, @RailaOdinga, Fred Matiang’i, @Karanjakibicho and  @GKihalangwa CONSPIRED to illegally SEIZE and DESTROYED my Kenyan Passport, President  @WilliamsRuto has had a new one DELIVERED to me. Waiting for the LIFTING of RED ALERTS,” Miguna wrote on Twitter.

“I didn’t have to sign the silly forms they were speaking about.”

During an interview with Voice of America’s BMJ Muriithi late last year, the then Kenya’s Deputy President William Ruto said if he won the election, Miguna would return home without delay. Watch:

In a past statement issued by Interior Cabinet Secretary Fred Matiang’i, former President Uhuru Kenyatta’s government had stated that Miguna was required to fill out a one-page document for citizenship re-registration, which would then allow him to return to the country.

Matiang’i, at the time, argued that the lawyer had lost his citizenship due to the requirements of the old constitution, which prohibited dual citizenship, claims which Miguna rubbished.

All this comes after Miguna recently assured Kenyans that President Ruto would help facilitate his return to Kenya.

Related Topics:Miguna Miguna
Up Next