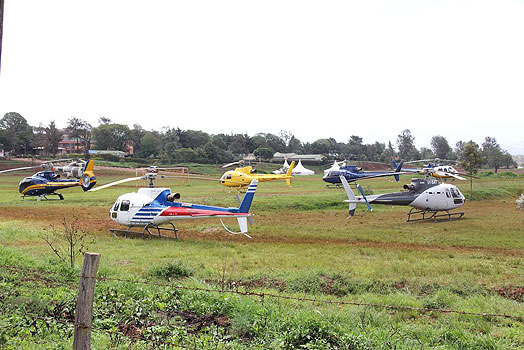 According to official figures, the number of registered helicopters climbed by 47 to 782 last year, with the exception of those held by the National Police Service and the Kenya Defense Forces.

However, helicopters accounted for 41 of the 47, indicating a spike in interest from politicians who favor helicopters during campaigns due to their ease of landing.

This is a significant increase from the 26 recently licensed choppers in 2020, when the Covid-19 epidemic cut the number of registered aircraft by 72.

Chopper users, primarily politicians and affluent businessmen, fought the drop in air travel caused by the coronavirus pandemic, which forced the cancellation of helicopters and small planes.

Several politicians possess helicopters, which they rent out or utilize during election season.