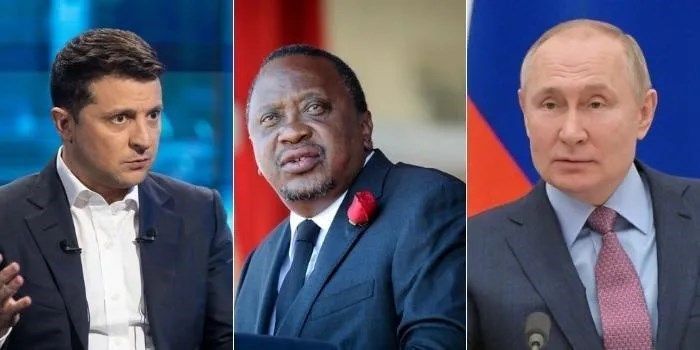 Kenya has dismissed a proposal from Ukraine to speak to Parliament because Nairobi officials do not want to get drawn into a dispute that could harm bilateral relations with both Kyiv and Moscow.

The facts surfaced on Monday, as Kenyan diplomats in Nairobi claimed that the UN Security Council had already done enough for them.

Ukraine, which has been protecting its territory against Russian invasion, requested an audience with Kenya’s bicameral House in February, when Moscow commenced a military intervention in the nation.

However, according to a reliable source, the request was not fulfilled, and the Ministry of Foreign Affairs remained silent despite frequent follow-ups and reminders.

A senior ministry official told a local daily on Tuesday that the speech was unnecessary and that Kyiv should use the diplomatic channels open to it.

“Why would they want to address the Kenyan Parliament, for instance? Is there a precedence? ” enquired an official.

Kenya occupies one of the ten non-permanent seats on the UN Security Council, and both Ukraine and Russia regard it as crucial in resolving conflict-related matters at the UN’s horseshoe-shaped table in New York.

While Nairobi has used its non-permanent membership on the Security Council to denounce the attack or abstained from choices taken by both the General Assembly and the Security Council, it has yet to provide Kyiv two key requests: a top-level conference with foreign ministers and an address to Parliament.

Nairobi refuted on Monday that it had turned down the request.

Kenya once again criticized the invasion during a UN Security Council presentation on Ukraine on Monday, under the heading “maintenance of peace and security in Ukraine.”

Nairobi, on the other hand, has been careful, refusing to deviate from the African Union’s stance, which criticizes the incursion but condemns Russia’s heavy economic sanctions.

Nairobi voted no in a UN General Assembly vote on Friday that suggested terminating Russia’s membership in the UN Human Rights Council.

The vote was finally passed, but African countries such as Kenya, South Africa, Egypt, and Nigeria refrained.