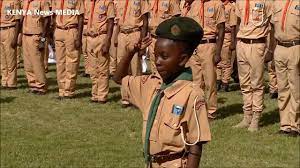 The Kenya Scouts Association has castigated distractors who unsuccessfully tried to paralyze operations of the organization temporarily.

Mr. Moses Danda, the Chief Commissioner says the organization will continue with its core mandate of shaping the young ones into useful people in the society.

He called upon members to engage themselves in constructive activities such as tree planting during the rainy season.

The scout leaders and commissioners were assured that normal operations has resumed.

The bona fide leadership was given stay orders by the court that trashed the petition by the plaintiff who was expelled from the organization in 2012 due to indiscipline and malpractice. 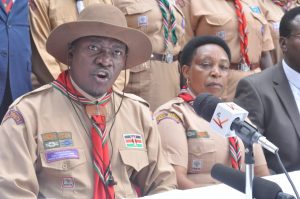 Speaking during a press conference held today afternoon Chief Commissioner for Kenya Scouts Association Mr. Victor Radido said; “We have received a valid stay order from the high court to continue operations and urge all members to continue with scouting initiatives to include planting of trees”