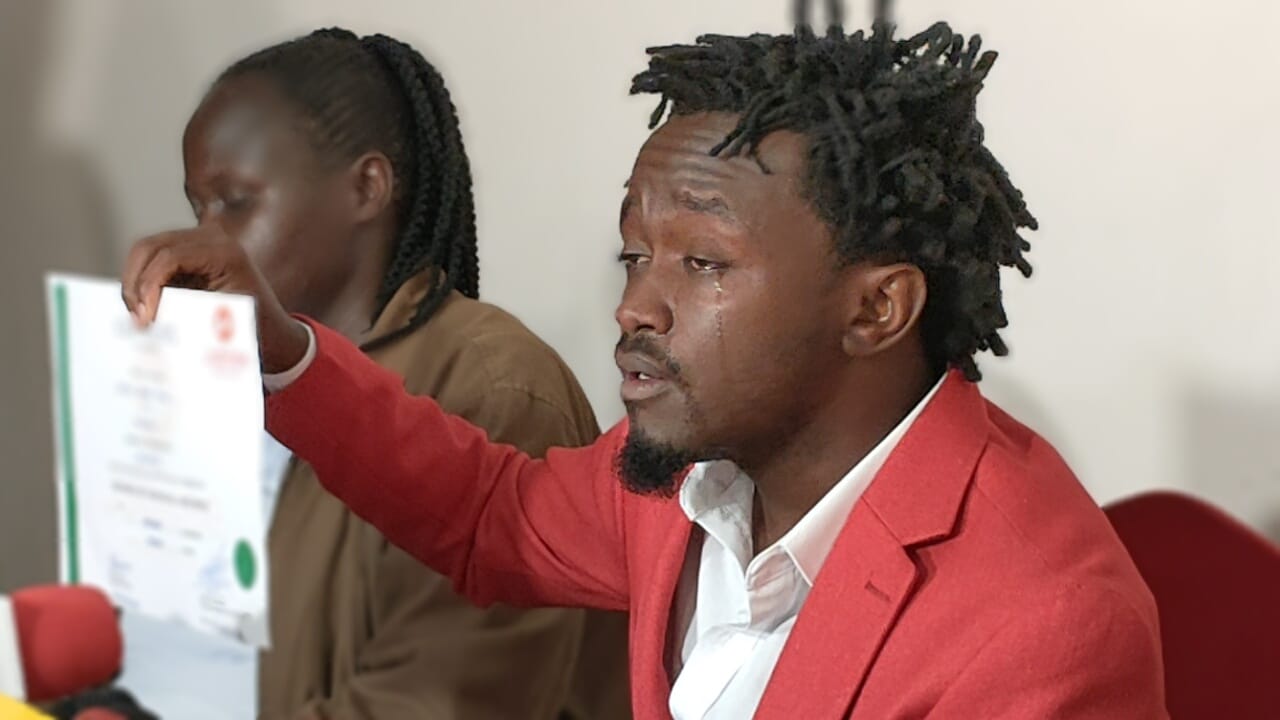 Kenyan Gospel artist Kevin Kioko popularly known as Bahati has today wept during a press conference in a Nairobi Hotel after being denied his only opportunity to lead the residents of Mathare Constituency by Jubilee Party leaders.

The songbird, who already has the certificate in his possession, is being coerced to drop his bid in favour of the ODM candidate Anthony Oluoch.

The soft-spoken artiste wonders why anybody would like to thwart his efforts which he terms ironical at a time the government has been talking of giving youths the platform to lead.

“I know that there is zoning in politics. Mathare has been zoned as an ODM area. For this one time, let us give the youth of this country and the Azimio la Umoja a chance,” Bahati told the media, fighting back tears.

A firm Bahati says he will not bow down and will fight to the end to make sure his dream comes to fruition. 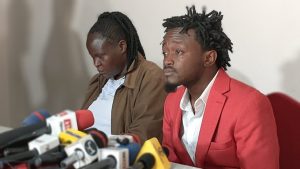 “Give the people of Mathare a chance to get the leader they have always wanted. These people of Mathare have suffered. I did not come to politics to get a job because I already had one. They deserve someone who understands them,” he added.

Asked whether he would be vying on an independent party ticket, he said he is confident that the ruling party Jubilee will hear his cry and grant him the through pass.

He is not the only aspirant sailing in that boat since the highly compromised nomination exercise with a vast majority of aspirants resorting to tribunals to seek justice.

Are You Looking for a Domestic Worker?