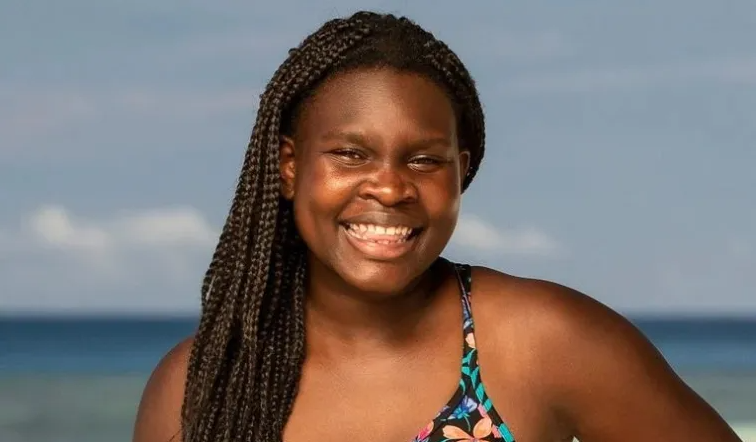 Maryanne Oketch, a 24-year-old student, was crowned the winner of Survivor Season 42, whose grand finale aired on CBS on Wednesday, May 25.

“I am so blessed to not only be on a season of my favorite show but to be on every episode? It’s mind-boggling! 🤯 Join me TONIGHT in watching the conclusion of my journey!” her Instagram reads.

Oketch won Ksh115 million (USD1 million) in the three-hour grand finale, and became the second black woman to win the show in 20 years. Maryanne emerged the winner after seven of the eight members of the jury voted for her in a show that drew millions of fans from across the world.

Oketch explained after being voted the winner of the hotly contested competition that she did not use her youth to persuade the jury to vote in her favor.

Maryanne grew up in Canada but was born in Germany. She has resided in Ontario, London, Toronto, and Kingston, among other places. She is currently based in Ajax, Ontario. However, Maryanne’s mom was born in Kenya and raised her family in Canada.

Maryanne told Explore Entertainment that she was happy to have made it to the end of the season and that she was surprised she still had all of her toe nails at the finale.

When asked if she believed she would win during the final tribunal, the 24-year-old stated she felt the tide was turning in her favor.

“Yes, I really could feel the momentum swinging. I feel as if the clincher was when I whipped out that hidden immunity idol and then people were like, Oh my gosh! All the pieces are coming together. This makes sense. She’s been thinking this whole time. And I had tangible evidence that I was.’ she told the publication.

READ ALSO  I am not gay: Eric Omondi
Related Topics:Diaspora newsNews
Up Next