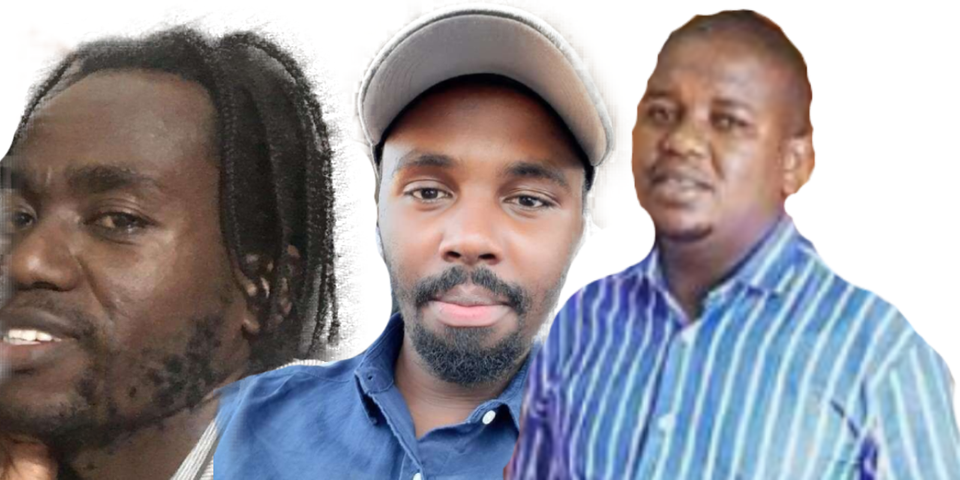 29 year old Martin Mungai left his house in Roysambu on June 30 to meet a friend in Ruiru.

When he did, his family had no idea that they would soon be looking for him as a missing person.

Mungai, who earned a living from online academic writing, had informed his people, including his mother, about the meeting, and that he would be back in the evening.

But in a strange twist, when his friend called his mother a few hours later asking about Mungai, his mother, Mary Mungai, knew something was wrong.

“I told her that Mungai had left Roysambu much earlier and it was puzzling that he had not arrived in Ruiru. When I tried calling him, his phone was off. I sensed something wasn’t right. However, I told myself that his phone’s battery might have died and calmed myself,” Ms Mungai said.

Mungai failed to show up that night, and his mother reported the matter to Kasarani Police Station. The family is yet to get any feedback from police.

Mungai’s phone has never been switched on, its silence adding to the suffering of his family, which has been looking for him since.

“How can my son just disappear and no one, not even the police, have been able to find any clue as to his whereabouts?” Ms Mungai posed adding, “This feeling of helplessness is tormenting me.”

Mungai’s mysterious disappearance is similar to that of Vincent Owino, 35, an IT consultant who went missing last Tuesday. His family believes he was abducted.

READ ALSO  Sh1,000 notes in circulation rise by Sh21 billion ahead of elections

Security guards at his office block in Milimani said five people—two women in hijab and three men—arrived in a white Prado and picked him up last week. The strangers identified themselves as police officers.

They handcuffed Owino, bundled him into their car, and sped off along Rose Avenue. The matter was reported to Kilimani Police Station. His wife, Lisper Murugi, said she can’t imagine anyone wanting to harm her husband.

“I just want my husband and father of my two children back. How can the police not have anything to tell us when all roads in Milimani have CCTV cameras?” she asked. The children are under three.

Mr Owino’s sister, Mercy Owuor, said: “Our mother fell ill after being told that Vincent is missing. Her condition worsens with every passing day,” she said.

Witnesses say Muthee was arrested at Kamakis area by six people who identified themselves as police after blocking his car. They bundled him into one of their two vehicles and sped off with him. One of the abductors drove away in Muthee’s car.

His father, John Mwangi, could not hide his grief as he appealed to the state to intervene.

“John is my first child, my first son. I do not know if they have killed him – I don’t want to imagine that. All I want is to be told where my son is,” he said. His sister, Agnes Mwangi, wondered why police investigations have not yielded new information.

READ ALSO  Midiwo was deserted in his darkest hour

“We call on the new regime, led by the president to treat this matter of enforced abductions and disappearances with the urgency it deserves,” he said.

The family has sought the assistance of human rights pressure group Haki Africa. The lobby’s Executive Director Hussein Khaleed expressed concern at the lacklustre performance of the police in tracing people who have disappeared.

Related Topics:Missing Kenyans
Up Next