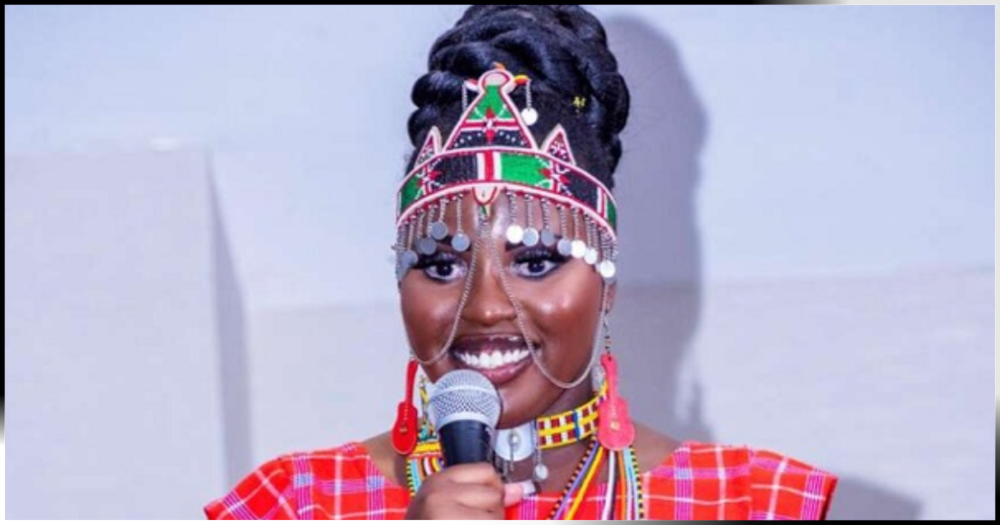 Natalie Wangui Tanui, 18, was overjoyed when she was named Miss Culture and Tourism Ebony Ambassador UK 2022 last month. She will hold the crown for a year.

It was the finale of a three-month hybrid boot camp of training and coaching (virtual and in-person).

Three years ago, Natalie and her mother moved to the UK, settling in Derby, where she attends school.

She became aware of her extraordinary knitting talent. She also realized, though, that she had a sensitive spot for others who are less fortunate.

She made a commitment to improve the lives of the poor when she received the honor.

She stated, “It is so disheartening that some of my peers back home can hardly afford sanitary pads. I have chosen to dedicate this award to the less privileged girls in Kajiado.”

The campaign organizes a sanitary towel drive in Kajiado County,.

Together, they sponsor safe houses that protect girls from rape, domestic violence, early marriages, and FGM.

“Each year she runs the drive twice on social media platforms and gets support from friends and families to buy the sanitary towels and create awareness,” Natalie said of Fabbie.

She says she has learnt a lot. She acquired sewing, knitting, beading, and baking skills.

She attends Derby College where she studies health and social care, but she has adapted to modeling like a duck to water.

“I know if I continue to practice, modelling will take me far. I could earn a living from it,” she said. “It’s a skill that you can do every day. These are skills I perfected during the workshops. I could help by teaching other girls,” she said.

She donned Maasai attire for the major occasion. She stated that the intensity with which she discussed her Kenyan heritage helped to demystify how deeply she identified with the culture.

“The attire and the jewellery that I was donning showed how passionate I was about culture,” she said.

Shakira could spend 8 years in prison over alleged tax fraud

VIDEO: Why I bought my sons houses worth Shs27 Million – Mercy Maluli