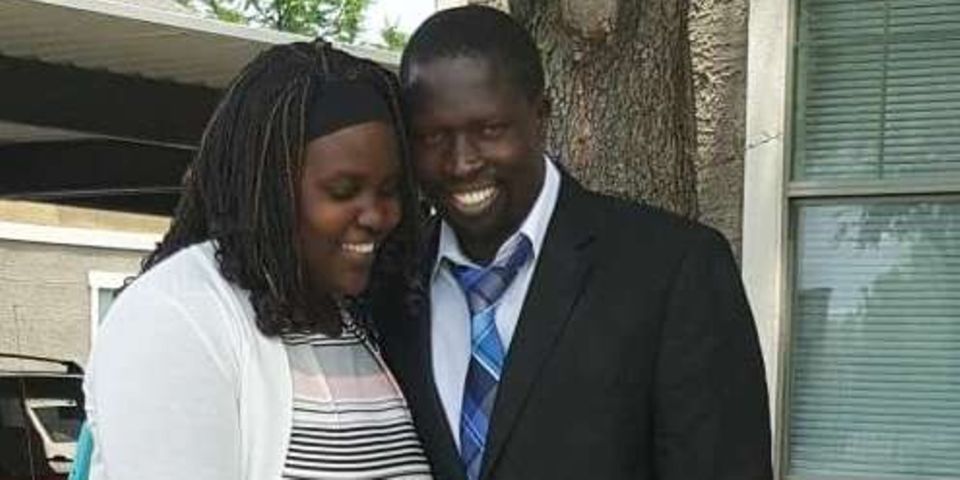 A Kenyan man who has been at the centre of controversy after he ‘secretly’ buried his partner in the US in December last year has been arrested.

According to police records, Obadiah Kemari Kinara was booked on Sunday, July 11, 2021, into the Tarrant County Jail system in or around Dallas – Ft Worth, TX.

He was arrested for suspicion of “injury to a child, elderly or disabled individual with bodily injury” offence, according to CrimeInformer, a state agency.

He is presumed innocent until proven guilty in a court of law.

The man was last year at the centre of a controversy surrounding the death of his partner Dorothy Bosibori Ongera, 35.

Dorothy, a mother of six, died in Texas on December 17, 2020. Her lifeless body was found in a bathtub at her house in Dallas.

Kinara denied having a hand in her death but her family demanded an independent autopsy after Tarrant County Medical Examiner’s office ruled out foul play, ruling the incident as accidental drowning.

In March, Dorothy’s father David Ongera obtained an order from a Texas court to exhume his daughter’s body after Kinara buried her in a public cemetery on December 28, 2020.

The judge barred parties from interfering with the remains until the matter is determined.

“After hearing and reviewing the evidence and considering the argument of counsel, the court grants the motion to exhume the body.

A hearing to determine who has the right to bury the deceased will commence on March 23.

The family questioned the motive of Ms Bosibori’s partner for secretly burying her body, saying he had no legal rights to do so as he was neither her next of kin nor husband.

Kinara, a registered nurse, insisted that Dorothy was his wife and he had the right to bury her but her family refuted these claims, saying their union was not legally recognised.

Ms Bosibori was living with Kinara, with whom she had three children.

The father of the other children is her estranged husband, Dennis Nyakundi Mose, who lives in Kenya.

“I loved my wife, and I’ve been deeply hurt and affected by the social media campaign orchestrated by my in-laws to create the impression that I had something to do with the death.

“I believe some people are doing this because they are targeting my children and the insurance payouts,” Kinara told the Sunday Nation in February.

VIDEO: Woman who died in Saudi Arabia might have been tortured, autopsy reveals