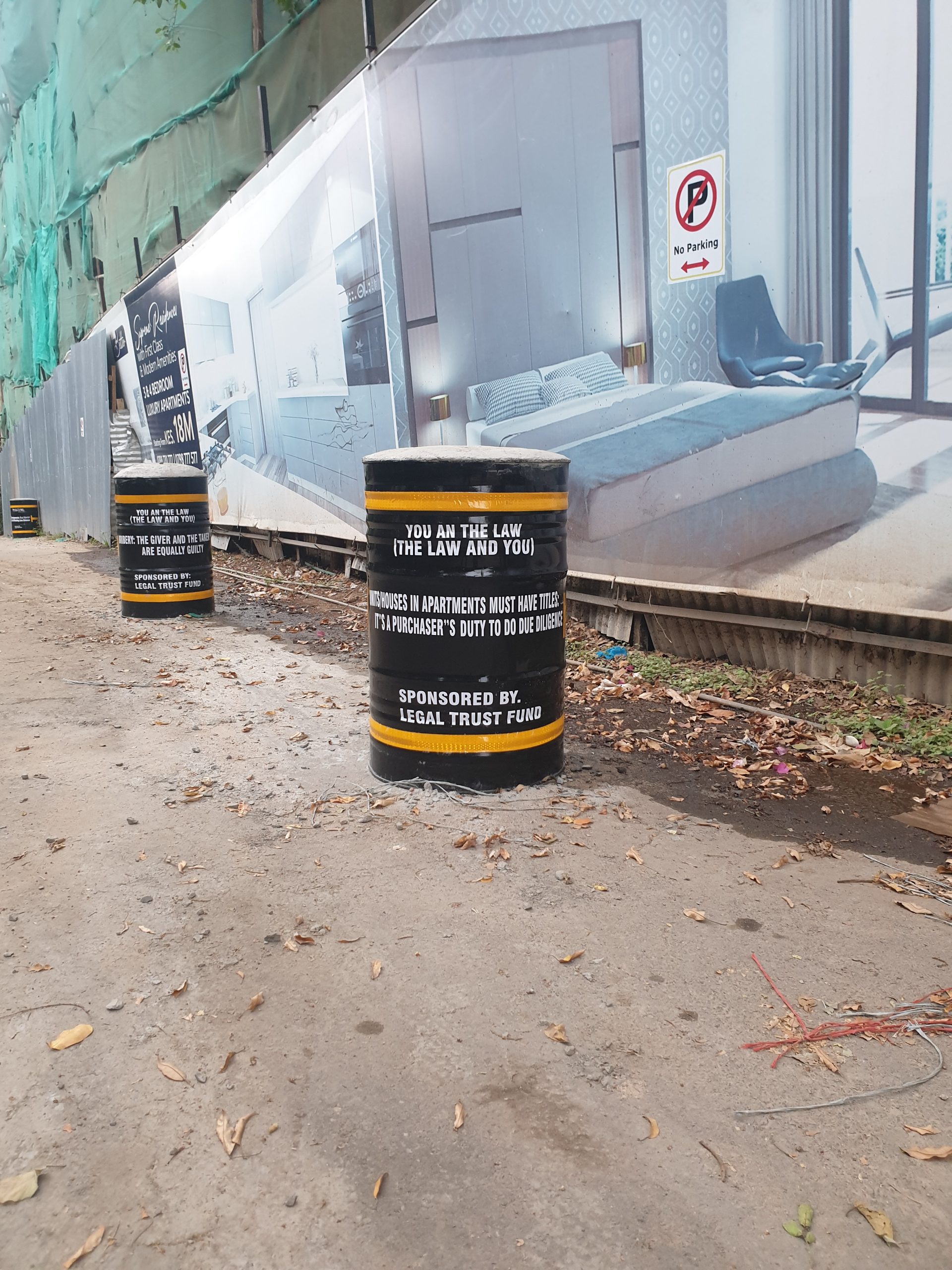 A civil society group of lawyers has resorted to public awareness with the objective of educating the masses on the matters of corruption, dangers of ignoring the law and the risks related to illegal contractions.

This comes after the country saw number of cases where some building has collapsed and a number of life’s lost.

The Legal Fund Trust, Civil Society Group through lawyer Daniel Ngoli has vowed to do the campaign throughout the country as the way of sensitizing the masses.

Early today the group, has placed posters at the Parkland’s Taza Lane in Parklands within Nairobi county.

More posters have been placed at the Parklands drives and the group believes that at least 400 people get the message on a daily basis.

Ngoli said that the awareness will be done throughout the country,

“We shall be moving throughout the city to educate the masses on the dangers associated with illegal constructions, corruption and bribery, we have seen a lot of people lose their lives and this must be stopped through public sensitizations,” he told the Kenya Satellite New.

He said that the group will be collecting complaints from residents and file the matter in court on corrupt individuals from various government institution for action.

“Today henceforth, we shall be helping Kenyans by education and the use of the law, we need to stop corrupt government officials who have overseen some ills in our society,” he added.

He said that they decided to start from Parklands after s section of residents raised an alarm over certain buildings and added that the programme will take between 3-6 months.

“Our programme will take will between 3-6 months, we want to save people’s life that is frequently lost through the collapsing of buildings, to safeguard public resources and to enhance the rule of law,” he added.