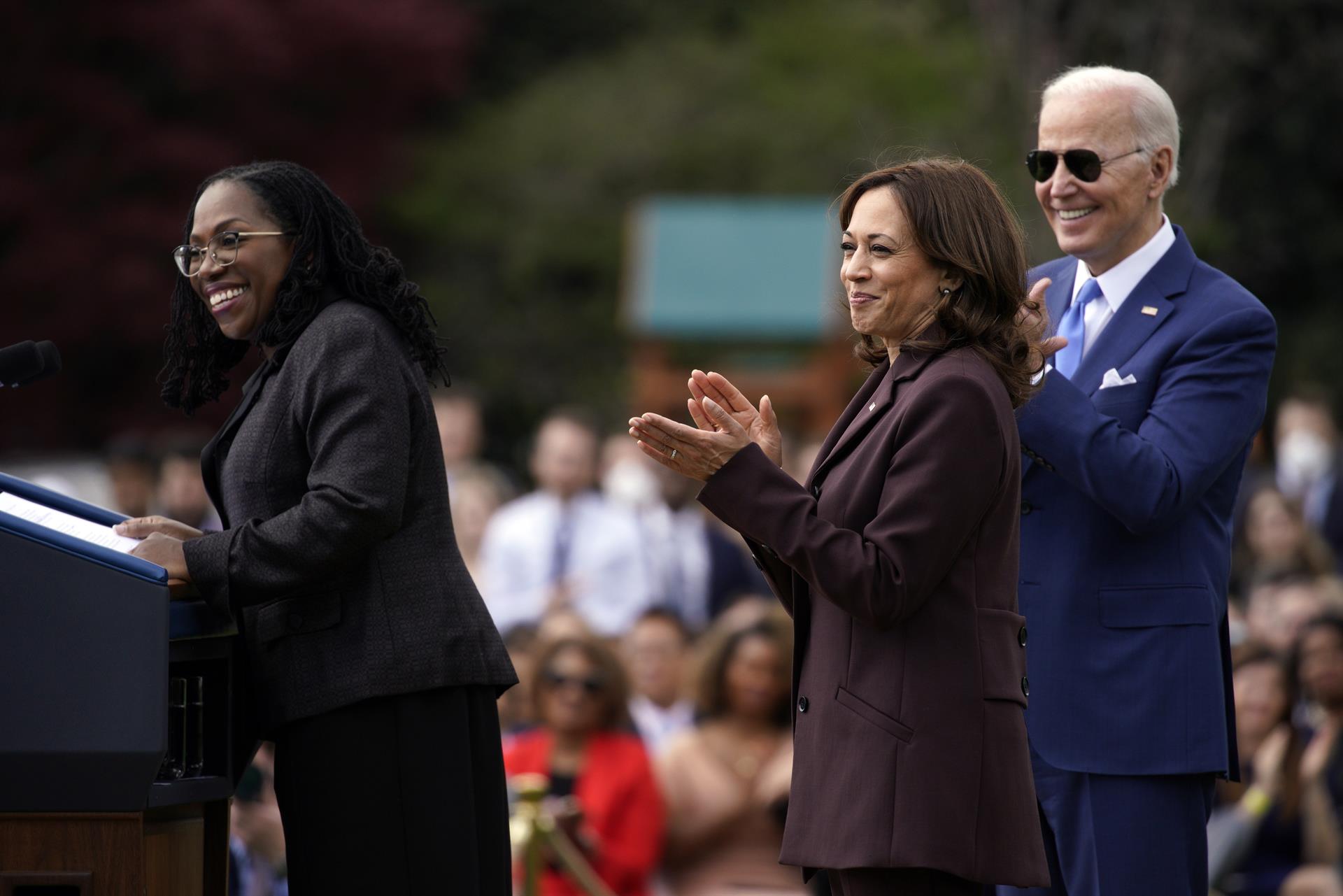 Judge Ketanji Brown Jackson was confirmed to the United States Supreme Court yesterday, making her the first black woman to reach the nation’s highest court, in a moment of jubilation and a much-needed step toward portraying new diversity on the court, according to her supporters.

“Judge Jackson’s confirmation was a historic moment for our nation,” US President Joe Biden captioned a photo of himself with Judge Jackson after watching the proceedings on television.

“We’ve taken another step toward making our highest court reflect the diversity of America. She will be an incredible justice, and I was honored to share this moment with her.”

The voting was overseen by Kamala Harris, the present and first female Vice President of the United States. “I’m overjoyed, deeply moved,” VP Harris, who is also black, told reporters following the vote.

“There’s so much about what’s happening in the world now that is presenting some of the worst of this moment and human behaviors. And then we have a moment like this.”

Kenyan leaders flocked to social media to express their joy with the announcement.

Chief Justice Martha Koome sent out a poignant message on Twitter, writing, “I celebrate the confirmation of Judge Ketanji Brown Jackson as the first black woman to serve on the Supreme Court of the United States. I deeply recognize that when barriers fall, societies become stronger. I wish Judge Ketanji a very successful tenure on the court.”

Murang’a Woman Representative Sabina Chege remarked, “Congratulations to Judge Ketanji Brown Jackson for being confirmed today as the US Supreme Court’s first black female Justice after a historic Senate vote!! It’s our time as women to excel, to shine and to make our mark in our spheres of influence!!”

Susan Kihika, a senator for Nakuru, said, “Historic as Justice Ketanji Brown Jackson becomes the first black woman confirmed to the #SCOTUS in its 233-year history! Well-deserved and a long time coming! More women at the decision-making table is the way to go! Another glass ceiling shattered.”

Kitui Governor Charity Ngilu expressed her delight, adding, “History takes another crack at the proverbial glass ceiling as Judge Ketanji Brown Jackson is confirmed as Justice of the US Supreme Court. The first ever Black woman to be elevated to the pinnacle of the judicial branch. What an uplifting and inspiring moment for the girl child!”

Judge Jackson triumphed over a determined Republican campaign to smear her record and undermine her candidacy, winning on a 53-to-47 bipartisan vote, with three Republicans voting in her favor alongside all 50 Democrats.