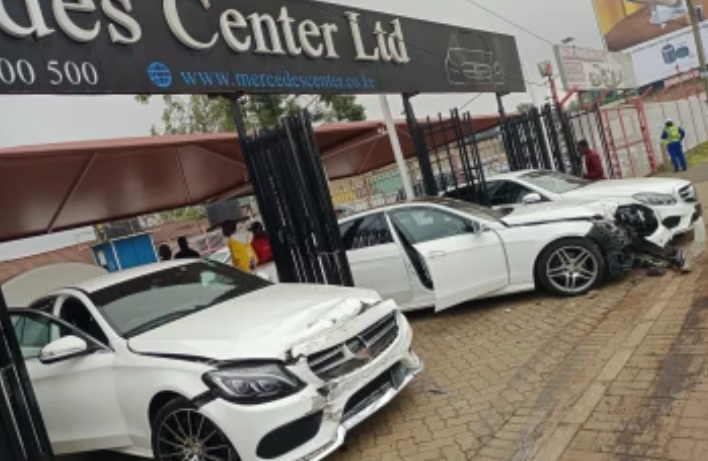 A Nairobi-based  car dealer is counting losses after a vehicle accidentally rammed into his yard destroying several vehicles in the proscess.

CCTV footage from the adjacent building shows the vehicle hitting several parked cars parked at the Mercedes Centre Limited yard on Ngong Road were damaged at the front.

Nairobi traffic police boss Joshua Omukata told journalists that said the matter was not reported in the nearby Kilimani Police Station, but they are treating it as a case of careless driving.

“I urge road users to be cautious at all times. We have come across cases where an accident occurs due to negligence on the road,” he said

“Most accidents that happen in the capital are avoidable. He called on road users to be extra careful especially during rush hour,”  he added.

Details of the suspect in crash or what led to it were not immediately available.

You can now charge you phone in Nairobi for free