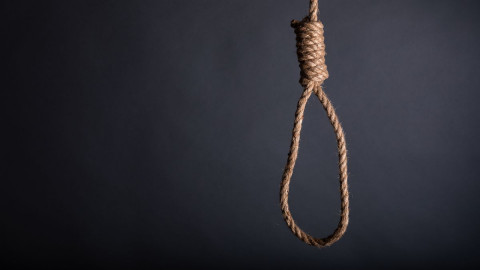 A 34-year-old man allegedly committed suicide at Gatunduri village in Embu West following a disagreement with his lover.Police in Embu County are investigating an incident where a the deceased; James Mbogo Gitonga, is reported to have hanged himself using shoelaces within the homestead of his 42-year-old lover after she allegedly refused to allow him into her house on Wednesday night.

The man is said to have suspected that his lover; a mother of two, had dumped him and was seeing another man yet he had plans to marry her.

Residents expressed shock at the incident, noting that the two were in a relationship, with the deceased having been spending nights at the woman’s house.

The 34-year-old man is said to have arrived at the woman’s home on Wednesday but she allegedly declined to open the door, prompting him to hang himself.

The body of the deceased was found dangling from a window frame on Thursday morning.

The woman took off from the scene after area residents began milling around her home.

Teresia Njura, a member of the area community policing group, said the deceased seemed disturbed in the recent past but didn’t disclose to her what was going on.

Njura further disclosed that the deceased had intimated to her that in April this year he was set to start dowry negation for her lover.

Video Of A Man ‘Killing A Baby’ Was From TZ Movie, Not Real Life