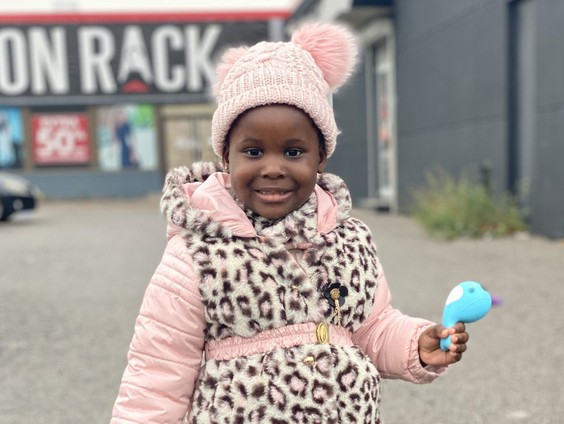 A 45-year-old Kenyan man is facing charges arising from the deadly poisoning of three-year-old Bernice Nantanda Wamala and the sickening of her best friend during a sleepover in Scarborough in Canada.

The incident happened a few months ago.

According to  a Canadian paper,  Toronto Sun  Francis Ngugi, 45,  is an ex-boyfriend of the surviving toddler’s mom .

The paper reports that the Ngugi and the girl’s mum, Maurine Mirembe, broke up the month before the girls were poisoned but remained friends.

According to Toronto police, Ngugi “accessed a controlled substance” from his work and put it into a package of Golden Morn cereal, which the two girls had for breakfast on the morning of March 7. This was after their sleepover.“Both children required hospitalization,” Det. Matthew Wighton, of 41 Division, said in a statement released by police Monday.

“One of the children, due to the consumption of the cereal, died in hospital,” he added. “The other child recovered after a lengthy hospital stay.”

An investigation by police and the Ontario Coroner’s Office culminated in an arrest on Sunday.Ngugi has now been charged with two counts each of administering a noxious substance to endanger life and unlawfully causing bodily harm, and one count of criminal negligence causing death.

The “controlled substance” was nitrite, which is used as a preservative in cured meats and other foods.

Overexposure to nitrites can lead to a condition called methemoglobinemia in which the body is deprived of oxygen.

Police have not commented on a possible motive for the alleged poisoning.

READ ALSO  VIDEO: Victoria Rubadiri leaves for London, here is why you won't see her on tv for 3 months

Bernice lived with her mom in a highrise on Birchmount Rd., south of St. Clair Ave. E., and had a sleepover on March 6 at her best friend’s apartment in the same building.

“She was healthy, happy, and dancing on Saturday, then the next day she’s gone,” heartbroken mom Maurine Mirembe told the Sun days after her daughter’s death.

Mirembe said the mother of the other girl, also 3, called her the morning after the sleepover around 10 a.m. and told her Bernice was lethargic, vomiting, and had soiled herself.

“I knew right away something was really wrong,” she said at the time.

Soon after, Bernice began having seizures, then her fingers, toes, and lips turned grey — a symptom of methemoglobinemia.

After calling 911 and waiting for an ambulance that never showed, a friend drove Mirembe and her daughter to Michael Garron Hospital.

Investigators immediately focused on what the girls ate for breakfast — Golden Morn — an African cereal made of corn and soya by Nestlé Central & West Africa.

With help from the Canadian Food Inspection Agency, samples were analyzed and soon ruled out any widespread concerns with the cereal product.

After months of testing, police concluded the cereal the girls ate was deliberately contaminated.