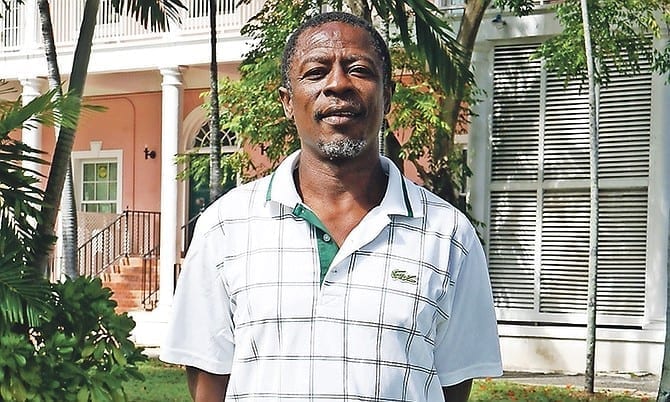 A Kenyan native Douglas Ngumi is challenging a Supreme Court ruling that awarded him over $640,000 in damages for his unlawful arrest, detention and inhumane treatment at the Carmichael Road Detention Centre, arguing more compensation is needed for the wrongs committed against him.

Ngumi is asking the court to award him $11m in restitution for his unlawful six-and-a-half-year imprisonment at the local detention centre, where he suffered and endured numerous beatings at the hands of immigration officers following his arrest in 2011.

The Kenyan native testified in 2019, detailing his experience at the detention centre, revealing many instances where he was severely beaten and also, how he contracted two diseases during his stay at CRDC.

Mr Ngumi is being represented by Fred Smith, QC, and others in his appeal.

In court yesterday, Mr Smith asserted that the amount of damages awarded to his client was far below the mark and further argued that Justice Charles erred in her ruling in regard to several issues.

Court documents filed by the appellant notes Justice Charles erred when determining the length of Ngumi’s detention at the facility and also when assessing the damages done to Ngumi, including exemplary damages, aggravated damages, constitutional damages by way of compensation and vindication and damages for false imprisonment.

In deciding on appropriate damages for Ngumi at the time, Justice Charles relied heavily on the case of Atain Takitota, a Japanese national who was arrested by immigration officers in 1992 and spent eight years in the maximum-security wing of the Fox Hill prison without charge.

However, Mr Smith said that the facts and circumstances surrounding the two cases were “vastly different,” though he agreed that both shared a long term of false imprisonment.

He insisted that in Ngumi’s case, the damages awarded should have been notably higher than what was given, considering the deplorable conditions he endured while in immigration custody, and also to teach officials a lesson.

“Mr Ngumi was repeatedly and erroneously awarded very much reduced damages than he would otherwise be entitled to from principle,” Mr Smith said. “To continue to arrest and raid people indiscriminately and hold them ‘for immigration purposes’ or to arrest Mr Ngumi as they did and originally send him to the detention centre some years before because of the complaint by his wife and there was no offence committed has to be brought to a stop.

“…The longer the detention in the circumstances which exist in the Bahamas, the greater should be the amount of the award.”

READ ALSO  The Scenic Surroundings where UAH held its graduation

According to court documents, the appellants also argue that Justice Charles made an error when she failed to award damages for “torts of assault and battery “and indemnity costs.”

He also suggested that the figures do not send a strong message to Bahamian authorities and implored the court to use Ngumi’s case as an example to help discourage such unlawful practices in governmental agencies, which he said are becoming too frequent.

He also said there is a need for the country to implement its own system for awarding damages to ensure fairness and balance across the board.

“This nonsense has to stop,” Mr Smith argued. “…Your lordships must use this case to send a message to the state and those running the state, Mr Carl Bethel and Mr Brent Symonette and whoever the ministers may be now that you cannot continue to do this with impunity.”

Meanwhile, the attorney representing the respondents in the matter, disagreed with Mr Smith’s arguments, insisting they did not believe the figure awarded was “so small” that it warranted a review by the Court of Appeal.

A ruling on the matter is expected at a later date.

Related Topics:KenyansKenyans in US
Up Next

How I built a career in the digital media space successfully