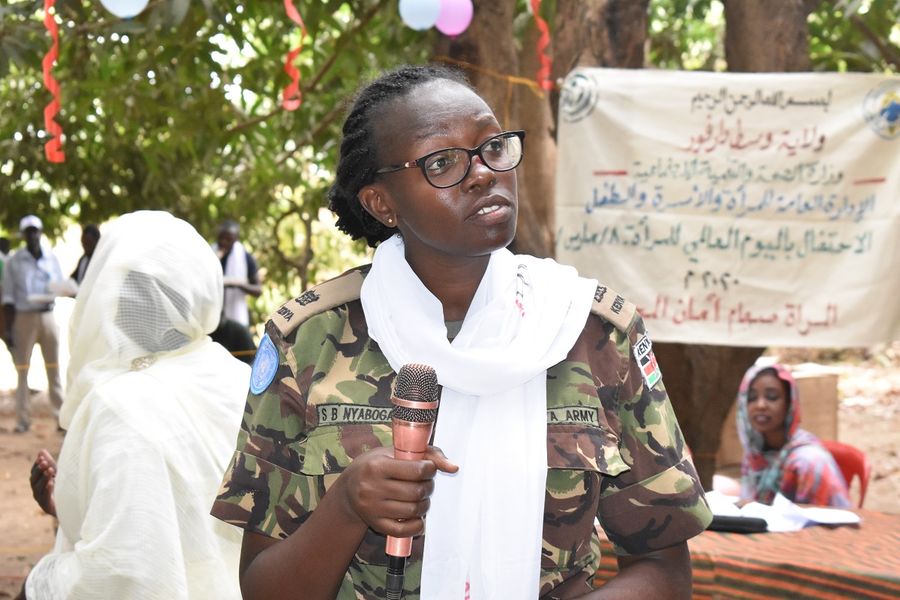 A Kenyan peacekeeper has won the 2020 United Nations Military Gender Advocate of the Year Award.

Major Steplyne Nyaboga, 32, who served in the recently ended United Nations–African Union Mission in Darfur (UNAMID), will receive the award during a virtual ceremony presided over by UN Secretary-General António Guterres on the International Day of UN Peacekeepers.

While recognising Major Nyaboga’s work, Mr Guterres said: “Peace and security can only be achieved and sustained if all members of society have equal opportunities, protection, access to resources and services, and can participate in decision-making.”

The UN chief applauded Maj Nyaboga for introducing perspectives that increased awareness of significant gender dimensions across the mission and boosted their engagement with women in Darfur.

The award recognises the dedication and efforts of an individual military peacekeeper in promoting the principles of UN Security Council’s Resolution 1325 on Women, Peace and Security in a peace operation context.

While receiving the award, Maj Nyaboga said peacekeeping is a human enterprise.

“Placing women and girls at the centre of our efforts and concerns will help us better protect civilians and build a more sustainable peace,” she said.

Major Nyaboga who began her military career in 2009 as a Signal Radio Troop Commander, encouraged gender-sensitive outreach to local communities, in an effort to enhance the protection of civilians.

Resolutions 1325 calls on actors to mainstream a gender perspective in peacekeeping and ensure women’s participation in peace and political processes.